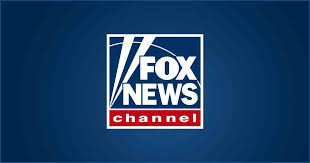 The White House held an event last week to kick off April as Second Chance Month. Of course, this means asking our country to embrace the idea that we should look at those currently or formerly incarcerated who have made mistakes -- even grave ones -- and realize that we will all be better off to give these individuals a second chance at a productive life.

During the “Prison Reform Summit and FIRST STEP Act Celebration,” President Trump gave much of his remarks off-script and featured the stories of formerly incarcerated individuals who have benefitted from the landmark legislation. He made abundantly clear his genuine and personal commitment to furthering criminal justice reform efforts in our country.

“To recognize the dignity and the potential of every American, I have designated April as the ‘Second Chance Month,’” President Trump said. “As a result of our incredible economic turnaround ... there has never been a better time for those who need a second chance and they get a fresh start.”

A statistic not widely known outside of the sphere of criminal justice reform advocates is that 95 percent of all of those incarcerated in the United States will be returning back into society. It is imperative, then, that we do our best to ensure that those folks coming back into our communities do not commit more crimes upon release. Working toward this goal is a surefire way to reduce crime in every area of our nation and also to bolster the workforce by filling the jobs that our recent economic boom has created.

In a time when politics are so divided, it is encouraging to see that giving second chances to those returning home from prison is something to unify around. Because the First Step Act addressed front-end changes in sentencing laws and implemented prison rehabilitation programs, we will now have individuals coming out of our prisons ready to return to society. But second chances are about making sure that society is also ready for these individuals to return and be successful.

Without a doubt, the second step in justice reform needs to be focused on this issue of offender re-entry into society. To recognize this, bipartisan duos Reps. Mark Walker, R-N.C., and Tony Cárdenas., D-Calif. and Sens. Rob Portman, R-Ohio and Amy Klobuchar, D-Minn., have introduced resolutions in the House and the Senate to support the designation of April as Second Chance Month.

In passing the First Step Act, Congress chose to follow the lead of a vast number of Republican-led states that have implemented similar measures. Among these states are Texas, Georgia, South Carolina, Kentucky, and Oklahoma. But it has been a long time coming for Republicans to jump fully on board with criminal justice reform, and it is still a work in progress.

Undoubtedly, the fight to get the First Step Act across the finish line last year was chiefly focused on quelling opposition from Republicans. Right-of-center reform advocates strongly believe what Sen. Mike Lee, R-Utah, says often about the issue: “I am a supporter of criminal justice reform not in spite of, but because of, my conservatism.”

Lately, it seems as though the Republican Party broadly is increasingly embracing this view. The Republican National Committee is actively featuring President Trump’s commitment to justice reform on its social media, tweeting out video after video from last week’s White House event.

Now that both parties have agreed that justice reform is an important issue to address and have taken steps to do so, the possibilities are endless to make progress toward a fairer and more efficient system, in keeping with our values as Americans. We are committed to providing life, liberty, and the pursuit of happiness for all Americans, and this commitment doesn’t stop when one makes a human error in life. Many have realized that second chances are critical to who we are as a country, and fortunately so. We are all better for it.