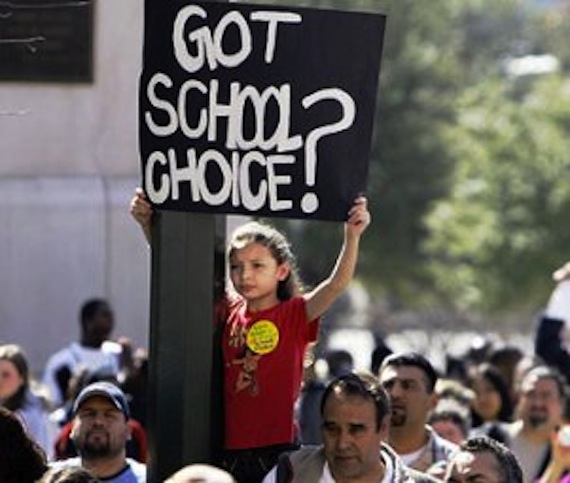 “During my time on the D.C. council, I faced firsthand the results of our failing to educate all children. Educational choice has become a lifeline for far too many residents here in the District of Columbia who should be getting what they are entitled to with their neighborhood public school but frankly do not.”

Strenuously and viscously, our public school, teacher unions oppose the Enhancing Educational Opportunities for All Act, which would impact the lives of less-affulent children from kindergarten through the 12th grade.

Fortunately, approximately 70% of Americans support school choice and have recently voted for candidates also supporting school choice creating a major, political dilemma for Democrats and President Obama. Do they support America's lower-income children or do they appease the powerful public, teacher unions, which donate enormous bundles of campaign cash to Democrats.

Beyond politics, education in America is an imperative, moral issue. As Kevin Chavous, currently executive of the American Federation for Children, states, “school choice is the civil rights issue of the 21st century.”

The Enhancing Educational Opportunities for All Act must be enacted posthaste. Then, school districts, states and our federal government can enact school choice for every child. It is extremely good for our children and good for America.