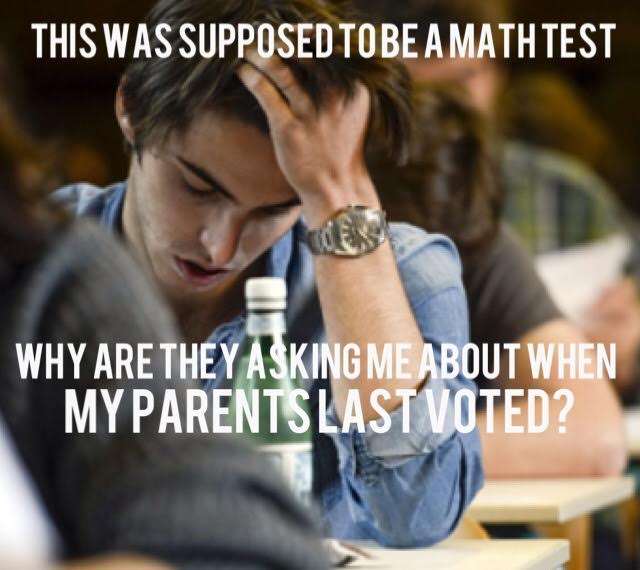 As of now, the two schools targeted by the Department of Education are George H. McVey and Quogue elementary schools, who earned their Blue Ribbon nominations based on scores from spring of 2014. However, the actual awards would be given to the schools nominated based on results from the following year's score next April. This pressure to comply with the Common Core exams means that 12 of the 19 schools nominated for the prestigious award could be taken out of the running due to the opt-outs that have spread throughout the country.

This type of issue is only one piece in a larger part of the culture of corruption brought about by the heavy influence of not only Common Core pushers, but also the Department of Education. A recent Common Core related incident occurred in the past several weeks, where a Harlem principal committed suicide after fabricating the results of her students Common Core exams, all in order to maintain federal funding based on the achievement level of the students.

Parents, students, and even teachers against core curricula and its implementation are the reason so many states are trying to escape this program. So what is left to do at this point? One path was to help strengthen the option for students to opt-out of the exams; Senator Mike Lee tried to do this at the federal level with an amendment to the Every Child Achieves Act of 2015, but that was shot down in the US Senate 32-64. However, a similar amendment authored by Rep. Matt Salmon to the Student Success Act passed the House.

Another more practical and permanent solution would be to keep this issue within the borders of the individual states, since they brought this beast of a program on themselves, it would be best for them to keep it as an in-house issue. Lindsey Burke, a Will Skillman fellow in education policy at the Heritage Foundation, discussed how states could exit from Common Core back in an article for the Daily Signal last April; she stated three main points (for further details on her points, click here):

Until state governments can come together and realize that the common curricula and excessive, intrusive testing is causing more harm than good, it will depend almost entirely on the grassroots to affect real change by bringing not only awareness, but solutions to the policy table.

You greatly mislead parents when the words "Opt Out" are used. The only legal word a parent may use while citing SCOTUS Parental Rights Doctrine is "REFUSE" in order to have their children not take tests and assessments. The schools can then not go against SCOTUS decisions which protect their rights to their children's upbringing and schooling.
In many states it is not legal to opt out because the legal theory, Catch 22, is that they never opted in. As a form of stealth jihad schools will send bluff letters stating that parents cannot opt out, words which may or may not be true in their state, but what they don't tell parents is that they can refuse the tests, and even assignments with Islamic indoctrination in them (that is because a Left-Islamic Axis pulls the strings of Common Core as well as writes & publishes the texts and tests, ie Pearson).
It will be a great help to parents to always use the proper verbiage so they can speak properly to their school boards, superintendents, principals and teachers. And that is the all important word, Refuse.