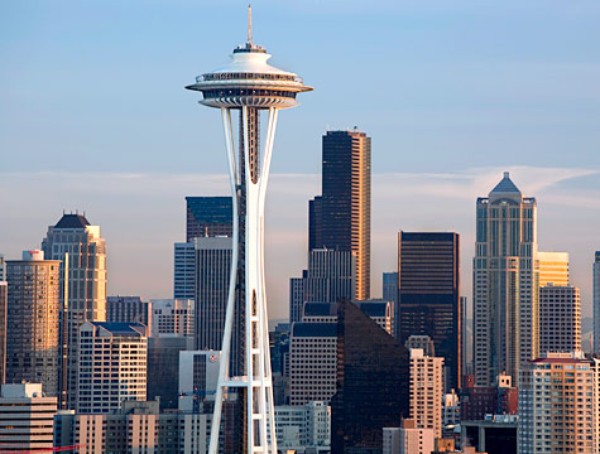 Now, the only thing higher than the minimum wage in Seattle is the Space Needle.

The minimum wage has been a major plank in the Democratic platform for years, with lawmakers continually pushing for increases, both at the state and federal level. Earlier this year, President Obama made a hard push for an increase in the federal minimum wage from it’s current level of $7.25 an hour to $10.10 an hour, backed by Harry Reid and a majority of Democrats in the Senate.

Mercifully, the proposal was defeated, but this has not stopped individual states and localities from experimenting with higher mandated wages. The most dramatic of these comes from Seattle, where the minimum wage was successfully raised by a stunning 60 percent, from $9.25 to $15 an hour, to be phased in over the next several years.

The economic arguments against mandated wages are well documented. Increasing costs on businesses forces them to cut costs elsewhere, either by cutting employment, substituting machines for labor, raising prices, or simply going out of business. While a few workers benefit from higher wages, the policy imposes a cost on low-skill, low-education workers who are unable to produce at a level that justifies an artificially high wage. These workers are thus locked out of the labor market and prevented from gaining the skills and experience necessary to build long-term careers. Minimum wages actually hurt the people they are designed to help most.

Thankfully, a coalition of Seattle businesses has been gathering signatures for a petition to repeal the $15 dollar an hour wage hike. The group, called Forward Seattle, submitted nearly 2,000 signatures to the city council last week, significantly more than the number required to place the issue on the ballot. Once the signatures are verified, an option to repeal the minimum wage increase will appear on the ballot in the November elections.

A ballot initiative is a major improvement over the way the increase was originally passed, with members of the city council unilaterally imposing the law on the city’s businesses. The November elections will allow the people actually affected by the law to have a say in whether it is a good idea. This includes consumers, who will have to tolerate higher prices, entrepreneurs, who may see their livelihoods threatened, and most importantly workers who may lose, or not be able to find jobs after the increases takes effect.

Progressives often point to polling data to demonstrate the popularity of the minimum wage. If officials are so confident that their policies will be supported, there is no logical reason to stand in the way of a vote. Of course, many may find that the unintended consequences of wage hikes do not end up fulfilling the progressive dream after the fact.

Already, business owners are saying that they are delaying new ventures and hiring new workers over the fear of looming expenses. Some business owners have even announced their intention to move elsewhere to escape the high cost of living in Seattle, a cost that will only increase if the new minimum wage goes into effect.

It is refreshing to see the small business community in a city push back against a government that has been trying to destroy it for years. With any luck, the people will make their voices heard and repeal the $15 an hour minimum wage in November.