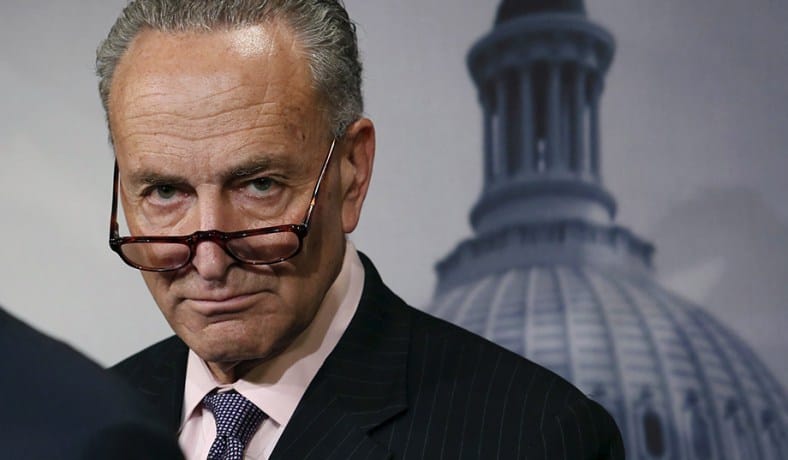 When then-President Barack Obama announced his nominee, Judge Merrick Garland, to fill the vacancy left by the death of Justice Antonin Scalia, Republicans opted not to take action because it was a presidential election year and a lame duck president was making the appointment. Frequently criticized, and often deservedly, Senate Majority Leader Mitch McConnell (R-Ky.) made a tough but correct call and held his conference together. He deserves credit for that.

President Obama and Democrats criticized Republicans for not taking action on Judge Garland’s seat, complaining that the Senate was not doing it’s constitutional duty. Many Democrats have even claimed that the seat now held by Justice Neil Gorsuch was “stolen.” Article II, Section 2 of the Constitution, however, doesn’t require the Senate to take action on any nominee, let alone within any specific timeline.

But the circumstances of the nomination by a lame duck president in a presidential election year were unique. Indeed, in 1992, when a vacancy on the Court was rumored, then-Sen. Joe Biden (D-Ill.) said, “[T]he Senate Judiciary Committee should seriously consider not scheduling confirmation hearings on the nomination until after the political campaign season is over.”

At the time, President George H.W. Bush was running for re-election, Democrats controlled the Senate, and Biden, who would later serve as vice president, chaired the Senate Judiciary Committee. Ultimately, there wasn’t a vacancy on the Court in 1992, so the choice did not have to be made.

Today, Democrats are saying that Republicans shouldn’t take action on a Supreme Court nominee in an election year. “Our Republican colleagues in the Senate should follow the rule they set in 2016: not to consider a Supreme Court justice in an election year,” Senate Minority Leader Chuck Schumer (D-N.Y.) said after Justice Kennedy announced his retirement. “Anything but that would be the absolute height of hypocrisy.”

Obviously, this is a desperate attempt to make the circumstances of 2016 and Judge Garland’s nomination into something entirely different. The spin is so obvious, in fact, that the Washington Post’s fact checker, Glenn Kessler, wrote, “Democrats are simply spinning a false narrative.” Leader McConnell and many other Republicans made clear that they weren’t taking action on Judge Garland’s nomination because it was a presidential election year in which a lame duck president was appointing a justice. That is simply not the case in a midterm election year, as President Trump is not a lame duck president nor is he up for reelection.

There are supposedly four names on President Trump’s final list: Judge Amy Coney Barrett, Judge Thomas Hardiman, Judge Brett Kavanaugh, and Judge Raymond Kethledge. Republicans have a slight majority in the Senate, and it’s likely that at least some of the ten Democrats running for reelection this year will vote for the Supreme Court nominee. The circumstances aren’t the same as those in 2016. Senate Republicans should confirm the nominee as quickly as possible and ignore the false narrative being spun by the left.