Senate to Finally Vote on Auditing the Fed 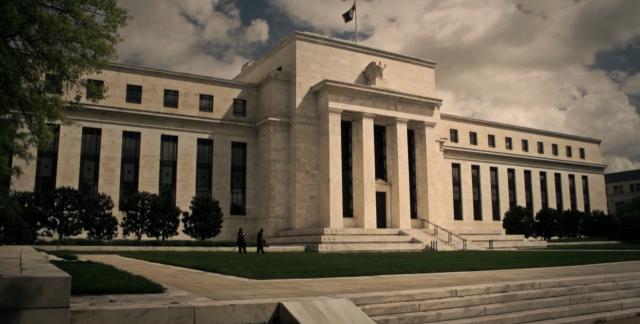 It's time to shine a light on the opaque operations of the Federal Reserve.

On Tuesday, Sen. Rand Paul will finally secure a Senate vote on his perennially authored bill to audit the Federal Reserve Bank of the United States. This is a bill that has been offered by Paul, and by his father Ron Paul before him, every year since 2009, but this will be the first time the Senate has actually voted on it.

Why is this issue important? Most Americans may not realize the enormous role the Fed plays in the economy, or even know what the agency does. Here’s a quick summary.

The Federal Reserve Bank was established in 1913 to regulate the United States’ money supply. It does this in a variety of ways, but mainly by buying and selling treasury securities, a process known as open market operations. When people talk about the Fed changing interest rates, what they really mean is that the Fed is changing the money supply, increasing or decreasing the supply of loanable funds. Interest rates then respond to these changes in a way that is more or less predictable. When banks have more money to lend, they lower interest rates, when they have less, they raise them. This is how the Fed manipulates borrowing and lending behavior in the economy.

There are a couple of problems with this system. First, interest rates are really just the price of holding money, and just like with every other commodity, those prices send important signals to investors about market conditions. When prices are determined by a central authority instead of the organic action of the market, these signals are wrong, and lead to behavior that otherwise wouldn’t occur.

For example, if interest rates are low, it would ordinarily mean a glut of saving by Americans, savings that are the result of prosperity and signal future spending. Entrepreneurs don’t need to know to know specifically about this future spending to see that interest rates are low and that it’s a good time to borrow money for capital investment or new business ventures; the price tells them all they need to know. But when this saving turns out to be an illusion, and the low interest rates an artifact of the Fed’s policies, the future spending never materializes, and capital investment fail en masse. This is one of the major reasons why we experience recessions, and was a contributing factor both to the housing crisis in 2008 and the exaggeratedly slow recovery of the last eight years.

The other problem with the Federal Reserve, related to this, is that it is no longer tasked with simply preserving a stable money supply and managing inflation, but is also charged with fighting unemployment. This dual mandate makes the Bank more inclined towards expansionary policies, leading to the problems described above, as well as paving the way for higher prices in the future. In fact, changes in the money supply can’t actually affect unemployment in the long term; they can only redistribute wealth and alter prices.

Given the massive impact the Fed has on our economy, then, a comprehensive audit seems the very least we can expect from our elected representatives, although the Bank itself doesn’t see it that way. Members of the Federal Reserve insist that it is a politically independent institution that is already subject to intense scrutiny, and that therefore a new audit is unnecessary. In fact, this is at best a half truth. While the Bank is technically independent, its chairman is appointed by the president, and it is naive to assume that partisan politics play no role in its operations. And while it is true that an annual audit of the Fed does occur, the law exempts from scrutiny some of the most important functions the Federal Reserve carries out. These include transactions with foreign banks, internal communications, and most importantly, the open market operations by which the money supply is altered and interest rates are manipulated.

Congress, and by extension the American people, has a right to know what the Fed has been doing for the last eight years, how it responded to the Great Recession, and why its actions have been such a dismal failure at restoring economic growth. Let’s hope Tuesday vote is only the first step in bringing true accountability to the nation’s monetary system.