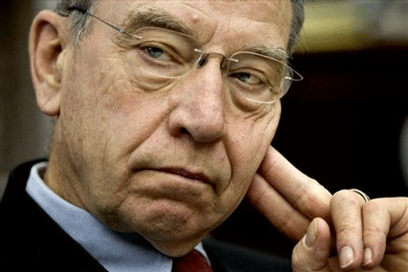 Sen. Grassley wants to keep the federal government out of the classroom.

This is a problem. States and municipalities need the flexibility to design their own standards, curricula, and tests to meet the needs of local parents, students, and teachers. Fortunately, there are those in the U.S. Senate who recognize this.

Earlier this year, Senator Roberts and Senator Crapo each introduced bills to stop the federal government from incentivizing the states to adopt common education policies. FreedomWorks issued letters of support for both those bills, and while the chances of them passing as independent legislation is slim, they provide a good model for language to be included in any reauthorization of the Elementary and Secondary Education Act, in its latest incarnation popularly known as No Child Left Behind.

Last week, Senator Chuck Grassley has authored a letter expressing the same sentiment. This letter demands that any reauthorization of No Child Left Behind include language forbidding the Department of Education from incentivizing states to adopt federal standards. This is essential if we are to return autonomy in education to state governments and kick the feds out of the classroom. Rep. Steve King has authored similar language on the House side.

At this point, the people who will ultimately decide whether to include this language in an appropriations bill are the members of the Subcommittees on Labor, Health and Human Services, and Education in the House and Senate.

We’re going to keep an eye on this and provide any updates necessary to ensure that we get real education reform this year, and no reauthorization of No Child Left Behind without the Grassley/King language included.