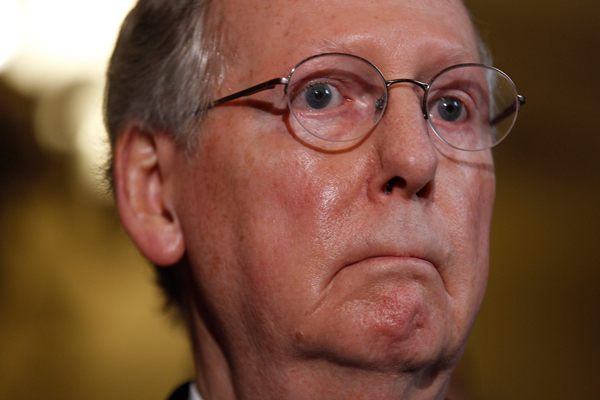 Key Vote NO on H.R. 8, the “Fiscal Cliff” Tax Hikes and Sequester Postponement Bill  Dear FreedomWorks member,  As one of our millions of FreedomWorks members nationwide, I urge you to contact your U.S. Representative and urge him or her to vote against H.R. 8, the McConnell-Obama bill to raise taxes and postpone the promised sequester savings.

Key Vote NO on "Fiscal Cliff" Tax and Spending Hikes

Key Vote NO on “Fiscal Cliff” Tax Hikes and Sequester Postponement  Dear FreedomWorks member,  As one of our millions of FreedomWorks members nationwide, I urge you to contact your state’s two U.S. Senators and urge them to vote against the McConnell-Obama bill to raise taxes and postpone the promised sequester savings.

Recently, speaking to a television station in Macon, Georgia, Saxby Chambliss (R-GA) said, "I care more about my country than I do about a 20-year-old pledge."  The Americans for Tax Reform pledge, by Grover Norquist, was signed by almost every Republican in Congress including Chambliss.

A former teacher and fellow blogger started a tradition in her classroom called Thankful Thursday. She did this, she wrote, because “gratitude is a gift.” She wrote, in part,

The Ongoing "Tea Party Is Dead" Dream Of The MSM

Wishful thinking gone horribly awry.The right wing has lost the election of 2012.The evidence for this is overwhelming, yet it is the year's best-kept secret. Mitt Romney would not be throwing virtually all of his past positions overboard if he thought the nation were ready to endorse the full-throated conservatism he embraced to win the Republican nomination.

While guest hosting on the Jayne Carroll Radio Show on www.kuik.com this week, I had the privilege of interviewing Andrew Marcus, director of the new documentary on the life, ascension and pioneering spirit of Andrew Breitbart (official film website here).Download the audio podcast here:

FreedomWorks For America had the grand-opening of its Get Out The Vote "FreedomWork Shop" in Bucks County, Pennsylvania, last night with over 100 energized grassroots activists in attendance.

When the Tea Party emerged on the national scene in early 2009, pundits, politicos and the entrenched party establishment questioned whether or not these newly engaged activists would have a lasting affect on the political process.    So, much like we did with our "Tea Party Debt Commission", we went to our over 1.8 million activists and supporters to find out what direction they wanted the GOP to head.  What was important to them when it came to the future of the Republican Party?

As the Tea Party movement continues to assert itself in American politics, the panic sweat on the Progressive Left is becoming palpable.

The Supreme Court Decision On Obamacare: What Happened, and Where Do We Go From Here? Part 3

In Part 1 of this series, we took a look at the Obamacare decision. Part 2 examined how devastating the effects of Obamacare will be on America. In Part 3, we ask the question;