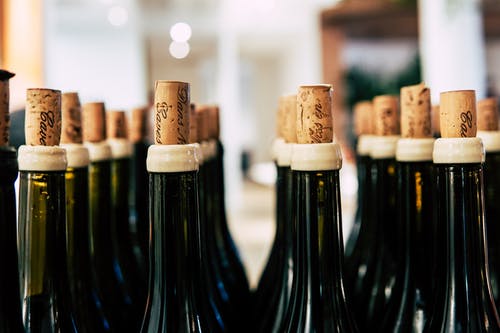 In 43 states around the nation, Americans can walk into a liquor store and purchase alcohol any day of the week. States surrounding Texas such as Arkansas, Louisiana, Oklahoma and New Mexico have all done away with regulations prohibiting their residents from procuring spirits on Sundays.

But Texas — often considered a lodestar of freedom — is sadly an outlier as it relates to restrictions on liquor sales. As Texas is one of just seven states that prohibits liquor purchases on Sundays, many residents have started to express their distaste for these laws. In February of 2021, Rep. Richard Raymond introduced legislation that would allow liquor sales in Texas on Sundays; repealing the state’s ban.

There’s no reason why this bill shouldn’t pass through the state legislature and receive Gov. Greg Abbott’s signature. Restrictions that arbitrarily bar citizens from buying spirits on Sundays are both outdated and unjustifiable — especially in a state like Texas that rightfully prides itself as being a beacon of liberty and limited government.

All forms of alcohol, like every other consumer product, should be available for adult Texans to purchase seven days a week. Just imagine if similar regulations existed on other commodities. If Texas legislators decided to ban the sale of pizzas on Thursdays or the purchase of toilet paper on Tuesdays, their constituents would demand an explanation for these seemingly baseless restrictions. Why should buying spirits be limited to six days a week, while every other product is available all seven?

This ultimately boils down to freedom of choice, both for customers and sellers. Consumers should be free to purchase products, including distilled spirits, at any time and at any store — including on Sundays. Similarly, sellers should be given the liberty to decide when the alcohol on their shelves is available to patrons. If stores elect not to sell spirits on a given day, that choice should be left up to them, as it’s none of the government’s business.

And the argument that this legislation is essential to minimizing alcohol-related risks just doesn’t hold water. No evidence exists indicating that making spirits products available for sale any day of the week will lead to complete mayhem. Not to mention, beer and wine are already available for sale on Sunday.

Repealing the prohibition of spirit purchases on Sundays is also perfectly in line with the momentum building in Texas to update our alcohol laws. In 2019, the state legislature passed multiple bills that expanded the ability of craft breweries to sell beer to-go. And amid the COVID-19 pandemic in 2020, Gov. Abbott expanded the sale of alcohol to-go by executive order; this is likely to become law in the coming months. It’s clear Texas is already lifting many of the restrictions relating to alcohol purchases, and rescinding the Sunday spirits sales ban is the logical next step.

The Texas legislature’s ban on Sunday spirits purchases is an outdated, big-government restriction that restricts the rights of business owners and consumers. There’s a reason why nearly nine out of 10 American states, many of which formerly had policies similar to the one in Texas, have scrapped these. States are rightly trusting consumers and sellers to engage in free market transactions of mutual benefit — even on Sundays.

Every Texas voter should make their voice heard in this debate. The Sunday ban on spirit sales is an unnecessary and burdensome restriction, and it needs to go.