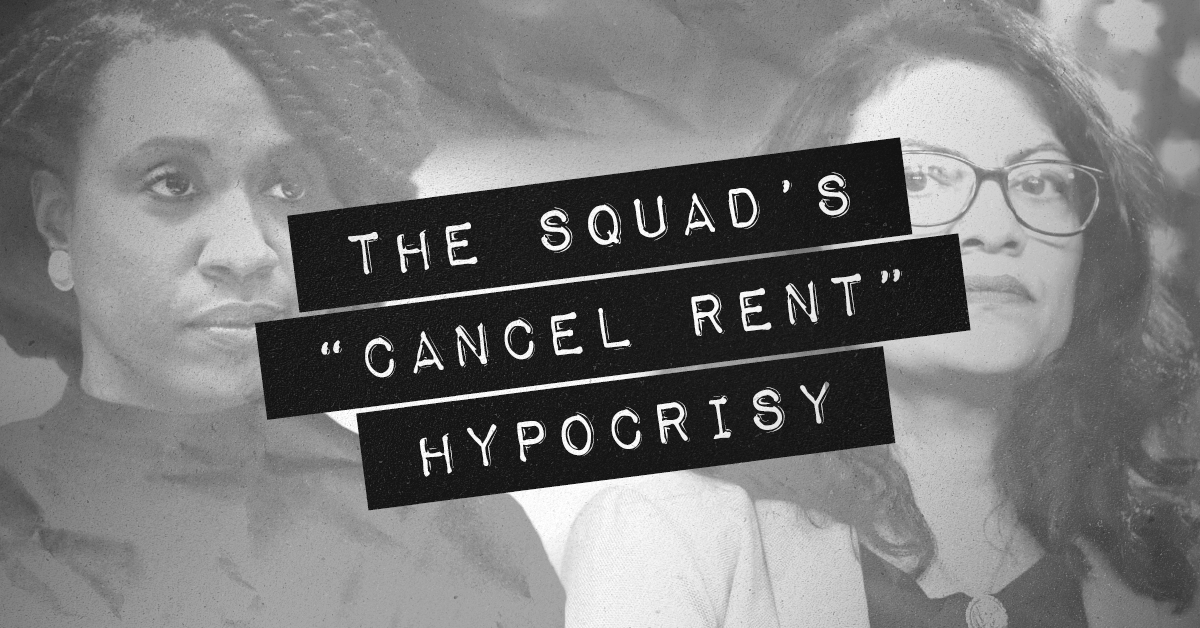 It’s no secret that despite his campaign promises, President Joe Biden’s time in the White House is spent catering to the most radical voices within his party. One doesn’t have to look hard to see the socialist “Squad’s” influence over Biden’s agenda.

After a pressure campaign led by Squad member Rep. Cori Bush (D-Mo.), Biden used his executive authority to extend the Center for Disease Control eviction moratorium despite significant constitutional concerns. Biden himself even admitted repeatedly that he lacked the authority to further extend the moratorium following a recent Supreme Court ruling--before following through with it anyway.

Forcing landlords to go without collecting rent for an extended period has harsh consequences for many Americans who depend on rental properties for income. The apparent blindness far-left politicians have for the burden eviction moratoriums and “cancel rent” policies have on hard-working Americans is only made worse by the blatant hypocrisy of those same politicians.

Biden’s Disregard for the Rule of Law

The unprecedented move by the CDC to place an eviction moratorium in the first place is both questionable and troubling. Most concerning is the effect that this moratorium has had on landlords.

The Pacific Legal Foundation spoke with landlords across the country struggling with the CDC’s eviction moratorium. One, a woman from Louisiana, was forced to forgo her prescription medication due to tenants not paying their rent.

Whether saving for retirement or paying for groceries, income from rental properties is vital for many Americans.

The Squad is happy to deny rent payments to struggling landlords, but they can’t be bothered to do the same themselves.

The rank hypocrisy of socialist politicians in the ivory tower of Washington is staggering.

The CDC’s eviction moratorium is a misguided and unconstitutional policy. It represents another instance of Biden abandoning his rhetoric of “unity” in favor of the far-left.

There are real-world consequences for the runaway spending and draconian policies politicians push on the American people. Hard-working families are suffering, and rather than getting the government out of the way, aggressive politicians push policies they themselves cannot be bothered to follow.

“Cancel rent” policies are not sympathetic; they have devastating consequences for real people that depend on rental income. Unfortunately, this is lost on the very politicians who cannot live by their own standards.

What's the big surprise the Dems have always thought they were privileged and better than everyone.