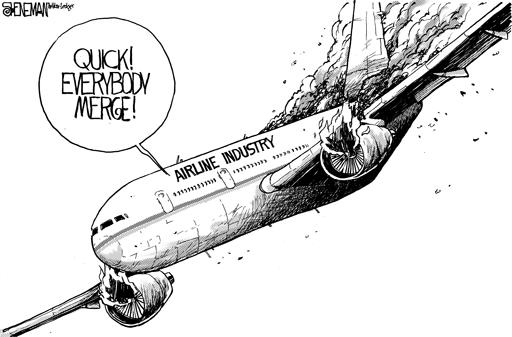 Flying, an experience often taken for granted nowadays, can be a magical one for so many. It can deliver you to loved ones thousands of miles away in just a matter of hours. You can stare out the window into the majesty of the clouds, and gaze down at how far down the earth is below and be a part of something truly amazing. It is something older generations might have thought impossible and it is not an understatement to say that flight is one of the most significant achievements in human history.

That being said, it can also be incredibly unpleasant. Checking baggage and the sea of lines to get through security can make the DMV seem like a nice summer vacation destination. Ticketing processes can be over-complicated, airlines overbook flights which lead to passengers being bumped from their plane, and luggage can get lost in transition. Not to mention the fact that airline travel is pretty expensive.

Part of this can be explained away by how complicated all the moving parts associated with air travel are, and how much manpower is required to complete a successful flight. However, a lot of this is due to how hard U.S. airline companies work to shield themselves from competition. Instead of improving their own practices, they lobby for restrictive laws and regulations that keep competitors out of the market. This ensures that prices stay up, and the process doesn’t get any easier.

In particular, under current U.S. law, foreign companies and individuals are forbidden from owning more than one-quarter of a domestic airline. This severely limits any outside pressure on airlines to improve. For example, Richard Branson, the British billionaire, and founder of Virgin Group was forced to merge his airline, Virgin America, with Alaska Air. Ironically, he started Virgin America, which was consistently named the best airline in America, to combat airline consolidation. Due to the foreign ownership restriction, he was not even allowed to control enough of his own company to keep it from merging with another.

Despite Branson’s best efforts, airline consolidation has only gotten worse. Right now, four airlines (United, American, Delta, and Southwest) control 80% of the domestic market. It wasn’t always this way. There used to be 11 major players, but due to a complex regulatory framework, airlines have had to consolidate quickly. According to a study conducted by the Department of Transportation, this consolidation has resulted in longer delays at airports.

There is no reason to believe that airlines will ever treat its customers better, or improve its service, because there is absolutely no pressure to do so in the American market. Foreign companies can’t introduce competition, because existing airline giants have teamed up with the American government to shield themselves from market forces, leaving consumers on the losing end of this crony deal.

Meanwhile, in Europe, the European Union (EU) cut subsidies for national air carriers, and even privatized some airports. This is a large part of why your friends who go to Europe can cross the continent, hopping from country to country, for such low prices. The regulations on travel are low, and the EU has fostered an environment where hundreds of low-cost airlines can compete for customers, and provide a better experience.

This used to be a problem that politicians and regulators on both sides of the aisle understood. During the 1970s, the administration of President Jimmy Carter took definitive steps to deregulate the domestic aviation industry, and that became a time when the U.S. led the world in innovation in that sector. In 2014, then-Vice President, Joe Biden lamented how poor our airports had become and that the U.S. was far behind advancements being made overseas. President Trump also vowed to fix the crumbling infrastructure in our airports.

Thankfully, there are some potential solutions. As part of President Trump’s infrastructure plan, there is a provision that could lead to the privatization of Reagan National Airport (DCA) and Dulles International Airport (IAD). This would be a good first step.

However, in order to make any serious advancement, we must address the underlying regulatory issues. Rep. Dave Brat (R-Va.) introduced the Free to Fly Act, H.R. 5000. This would eliminate the foreign ownership limit and allow foreign-owned U.S. airlines to set up American subsidiaries. This will lead to more foreign investment in American companies, and provide consumers with more choice to better their flying experience.

Until we adopt common sense reforms, we can continue to expect long wait times and higher prices.