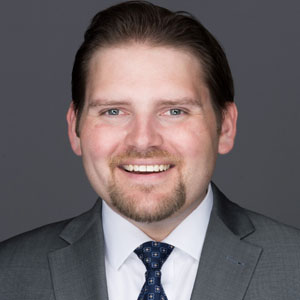 On behalf of our activist community in Georgia, I urge you to support Senate Bill (SB) 288. This crucial bill would allow individuals convicted of certain misdemeanor offenses to have their convictions restricted and sealed if they do not commit another offense for four years after serving their complete sentence.

Misdemeanor convictions can be a barrier to education, employment, and housing opportunities. This limits opportunities for these individuals to become productive members of their communities and can lead to higher recidivism rates. More than 40 states allow individuals convicted of misdemeanors to seal their records, and these states have seen a great deal of success. For example, a study published by the University of Michigan in June 2020 found that 1.8 percent of individuals who had their records expunged were reconvicted in two years. The five-year reconviction rate was 4.2 percent. (See Table 4 at the link.)

Under SB 288, an individual may petition a court to restrict and seal his or her record four years after the completion of a sentence for a misdemeanor. The petitioner must not have any charges or convictions within the four-year period after the completion of his or her sentence. Law enforcement and courts would still have access to an individual’s criminal record if it has been restricted and sealed.

There are several excluded misdemeanor offenses, including family violence simple assault, family violence stalking, child molestation, public indecency, sexual battery, and driving under the influence. Individuals convicted of these and other misdemeanors will not be eligible for restriction and record-sealing.

SB 288 would also allow for the restriction and sealing of certain felony convictions if, and only if, an individual has been pardoned for the offense and has not been convicted for another offense within five years of the completion of their sentence. Again, there are several excluded felony offenses, including murder, armed robbery, kidnapping, rape, and child molestation.

The bill would also provide protection to employers who hire individuals whose records have been restricted and sealed from civil liability if the criminal history does not have a direct relationship to the civil proceeding. SB 288 is long overdue. We urge the Georgia House of Representatives to pass SB 288 and send it to Gov. Brian Kemp’s desk.

On behalf of our activist community in Georgia, I urge you to contact your state representative and ask him or her to support the Registered Fantasy Contest Operators Act, HB 118. The bill would ensure that daily fantasy sports websites can operate legally in the Peach State and implement consumer protections for players.

Support the Constitutional Amendment for Term Limits in Georgia

On behalf of FreedomWorks’ activist community in Georgia, I urge you to contact your state representative and ask him or her to support, HR 37, sponsored by state Reps. Michael Caldwell (R-Woodstock), John Pezold (R-Fortson), Scot Turner (R-Holly Springs), and Wes Cantrell (R-Woodstock).

The House Judiciary Committee announced the formation of a criminal justice reform initiative that will examine various pieces of legislation that would address issues including over-criminalization, sentencing reform, and prison reform.