The surge of Americans on Medicaid is nothing to brag about 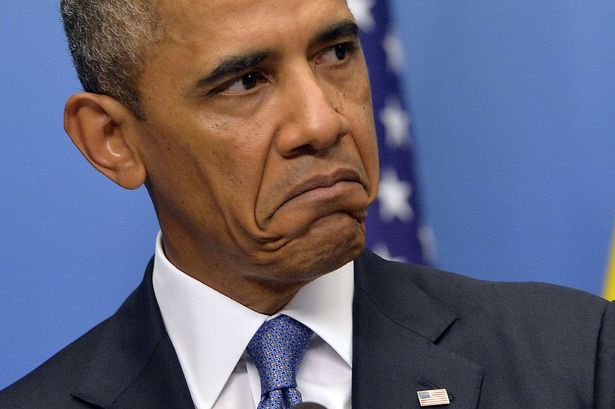 In his 2006 book, Audacity of Hope, Barack Obama, then the junior senator from Illinois, explained that "perhaps our most pressing task is to fix our broken healthcare system," adding that "the two main government-funded healthcare programs -- Medicare and Medicaid -- really are broken." During the early stages of the healthcare reform debate in 2009, he again emphasized these two "broken" programs.

"[T]he ever-increasing cost of Medicare and Medicaid are among the main drivers of enormous budget deficits that are threatening our economic future," President Obama wrote in a June 2009 letter to then-Sens. Ted Kennedy (D-MA) and Max Baucus (D-MT). "In short, the status quo is broken, and pouring money into a broken system only perpetuates its inefficiencies."

Medicaid is indeed broken. Many doctors have either decided not to participate or no longer accept patients on this single-payer, government-managed healthcare program, which, as The New York Times noted in December 2013, is due to "low reimbursement rates and red tape." The fear is that this doctor shortage would be exacerbated by ObamaCare's optional Medicaid expansion. What's more, a study out of Oregon found that there was no difference in health outcomes between Medicaid enrollees who entered the program under an ObamaCare-style expansion of the program and low-income patients who were uninsured. In short, access to coverage doesn't necessarily mean access to better healthcare.

But "pouring money into a broken system" was exactly what President Obama and congressional Democrats did when ObamaCare became law in March 2010. In July 2012, the Congressional Budget Office estimated that Medicaid and Children's Health Insurance Program (CHIP) coverage provisions would cost $643 billion between 2013 and 2022, roughly 40 percent of outlays from the law.

In a blog post on Friday, Cindy Mann of the Centers for Medicare and Medicaid Services (CMS) bragged about the growth of Medicaid and CHIP enrollment. "[A]pproximately 8.7 million additional Americans now have coverage through Medicaid and CHIP, many for the very first time," Mann wrote. "Medicaid enrollment grew to more than 67.9 million in August 2014, which shows nearly a 15 percent increase over the average monthly enrollment for July through September 2013."

But from where are these Medicaid enrollees coming? Well, it seems that most are coming off of private health insurance plans. In an op-ed at the Wall Street Journal, Dr. Jeffrey Singer explained what he's seeing in his practice. "[R]ecently several of my patients who had been paying for their own individual health insurance informed me that they were forced off private insurance and placed into Medicaid when they signed up for health care at Healthcare.gov," Singer wrote. "This is not an unusual phenomenon. A recent Boston University/Harvard Medical School study suggests that up to 80% of people participating in ObamaCare’s Medicaid expansion have been shifted off their private insurance."

This shift from private insurance to Medicaid has serious implications, not only for taxpayers, who are bearing the costs of the program's expansion, but also for anyone who has private health insurance coverage because it thins out the risk pool. Insurers respond to this distortionary effect by increasing insurance premiums on policy holders.

There aren't many who argue against a social safety net for Americans who need assistance, but a broken Medicaid system isn't the solution. Despite President Obama's own admissions of serious flaws in this program and the need for reform, ObamaCare doubled down on the worst of Medicaid by expanding it.