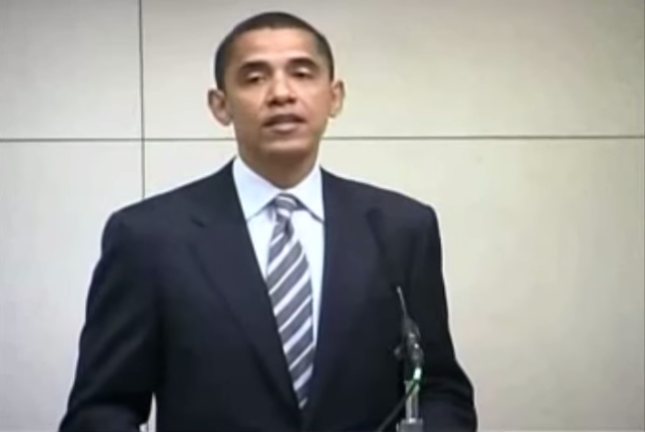 The spin from President Barack Obama and his endless army of apologetic sycophants is that Jonathan Gruber never worked in the White House or the administration. He was, as the president and a White House spokesperson claimed, merely "some adviser" who didn't "play the same role in developing the Affordable Care Act" as staffer.

Surprisingly, former White House officials have taken note of Gruber's role in the process, letting on that it was more significant than President Obama would like to admit. In his condemnation of Gruber's remarks about the intelligence of American voters, former White House Press Secretary Jay Carney, for example, mentioned that the MIT economist "helped write" ObamaCare.

"It doesn’t help when someone who helped write not only Obamacare, the president’s Affordable Care Act," Carney told CNN's Jake Tapper, "but also the precursor to it, which was Governor Romney’s healthcare reform initiative in Massachusetts, speaks from the ivory tower with remarkable hubris about the American voter and by extension the American Congress."

The fact is that Gruber, who's glorified and bragged about the "lack of transparency" in ObamaCare, has long had an influence over Mr. Obama. In 2006 panel at the Brookings Institution, Obama introduced a panel of leftist economists whom he said he'd "stolen ideas from liberally." Among the panelists was none other than Jonathan Gruber.

"You have already drawn some of the brightest minds from academia and policy circles, many of them I have stolen ideas from liberally," said Obama, who was then a little more than a year into his term as the junior senator from Illinois. “People ranging from Robert Gordon to Austan Goolsbee; Jon Gruber; my dear friend, Jim Wallis here, who can inform what are sometimes dry policy debates with a prophetic voice."

At the time of this panel, Gordon was the senior vice president of the leftist Center for American Progress. He would eventually go onto serve in the White House as acting deputy director of the White House Office of Management and Budget. He now serves in the Department of Education. Goolsbee, who worked on Mr. Obama's 2004 Senate and 2008 presidential campaigns, served as a member and, eventually, as the chairman of President Obama's Council of Economic Advisers.

Though Gruber has never held an official position in the White House or the Obama administration, he was paid nearly $400,000 to help craft ObamaCare. He made hundreds of thousands of dollars more advising states on the law.

And though President Obama has urged reporters to "[g]o look back at [their] stories" about the debate over the law, former Obama administration official Steve Rattner told MSNBC this morning Gruber was "the man" who put ObamaCare together.

"I think if you go back and look at the Washington Post or The New York Times or anything from that period, you will find Jonathan Gruber’s name all over it, as both someone who’s a leading expert on healthcare, quoted by everybody, as someone who the White House was using," Rattner said. "I remember that when I was in the White House he was certainly viewed as an important figure in helping to put Obamacare together."