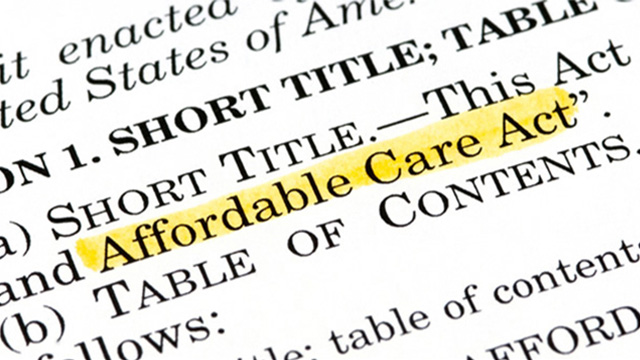 Section 1332 created “State Innovation Waivers,” which allows a state to seek waivers from specific parts of the law provided the state meets other criteria. The waivers were meant to foster innovation in states and sustainable spending. Through September 2018, however, only eight states have successfully applied for a waiver. Waivable provisions of ObamaCare are:

States still have obligations to qualify for waivers. Specifically, a state must be able to explain how it will provide coverage that is at least as comprehensive, affordable, and comparable. Also, a waiver may not increase the budget deficit. A waiver may be granted for five years, although a state may be able to request an extension.

The new guidence issued on Monday by HHS, Treasury, and CMS builds on the Trump administration’s rule regarding the expansion of association health plans (AHPs) short-term, limited-duration (STLD) health insurance plans. The guidance updates the previous guidance released in December 2015. The previous guidance didn’t provide much flexibility, which is why so few states were granted waivers.

The new guidance document focuses on the coverage that is made available on the exchanges by health insurance companies rather than what consumers had purchased. States must still meet statutory requirements to be eligible for a waiver, but the guidance explains that the comprehensiveness and affordability requirement may be considered met “if access to coverage that is as affordable and comprehensive as coverage forecasted to have been available in the absence of the waiver is projected to be available to a comparable number of people under the waiver.”

Basically, if an individual decides to purchase a more affordable, less comprehensive plan, the requirement under Section 1332 will be met because there will be more comprehensive offerings on the exchanged that they could have opted to purchase.

CMS Administrator Seema Verma explained that the administration the flexibility provided under the new guidance should allow states to focus on “increased access to affordable private market coverage.” She also noted that STLD plans are part of the equations, essentially urging states to take advantage of the rule.

STLD plans would be eligible for the ATPC under the new guidance. Allowing the use of APTC to be used to purchase these plans. STLD plans aren’t subject to ObamaCare’s costly Title I regulations, although these plans are subject to state regulation and a state could impose regulations and mandates. In fact, some states already do have mandates on these plans. Of course, the result of this will be that premiums for plans that are compliant with ObamaCare will increase if a significant number of people opt for STLD. As a result, subsidies for these plans will also rise.

The new guidance is positive on the whole. Virtually every effort to rollback or sidestep ObamaCare through the regulatory process should be applauded. Still, like every rule or guidance issued by the administration, it’s not a substitute for repeal, and Congress failed epically on that effort in 2017 because Republicans focused too much on a replacement that looked an awful lot like ObamaCare rather than thoughtfully crafting a real alternative.

The new flexibilities available to states include the following:

Allows states to provide consumers with plan options that best meet their needs, while, at the same time, ensuring people, including those with pre-existing conditions, retain access to the same level of coverage available today without the waiver;
Continues to require that a comparable number of people have coverage, but expands the definition of coverage to include more types of coverage, such as short-term plans;
Provides greater flexibility for states to consider improvements in comprehensiveness and affordability for state residents as a whole versus the prior focus on specific populations;
Supports increased variation and flexibility for states that may want to leverage components of the Federal Exchange platform to implement new models; and
Provides flexibility for states to meet the state legislative authority requirement. The guidance clarifies that in certain circumstances, existing state legislation that provides statutory authority to enforce ACA provisions and the state plan, combined with a duly-enacted state regulation or executive order, may satisfy the requirement that the state enact a law.
Source: https://www.cms.gov/newsroom/press-releases/trump-administration-announc...
http://www.roofingcontractorswilmingtonde.com

Get the most useful tutorial from our website http://remotedesktopwindows10.com to get the process to use remote desktop connection by following the steps from our tutorial.