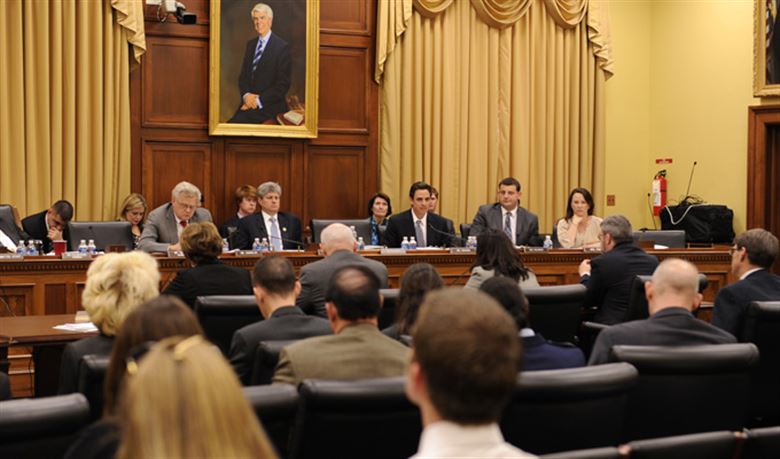 This week, the House Committee on Transportation and Infrastructure will mark up the Investing in a New Vision for the Environment and Surface Transportation (INVEST) in America Act, put forth by House Democrats. Naturally, this recently-unveiled, 864-page, $494 billion package is a partisan piece of legislation that deserves nothing but harsh criticism. Nonetheless, it is important to take it seriously, identifying and pushing back against the most objectionable parts of the bill, outlined below.

Undoubtedly, there are other provisions of this legislation that expand the size and scope of government far beyond what is appropriate.

Furthermore, while most of the legislating taking place in Congress lately has centered around COVID-19 response (and the aforementioned INVEST in America Act also includes provisions surrounding that), the annual process for the National Defense Authorization Act (NDAA) is still set to take place, as funding the military is always a priority each year.

The House Armed Services Committee will be meeting multiple times in the coming weeks to mark up portions of the NDAA, which is a notable task. Unfortunately, we have heard rumors that the effort to inject “Buy American” provisions into must-pass legislation (such as the NDAA is) is alive and well, this time pushed by Republicans as well as Democrats. “Buy American” requirements would disrupt supply chains and make goods far more expensive, or even wholly unaffordable, for our citizens.

Specifically, Rep. John Garamendi (D-Calif.) is expected to introduce a “Buy American” amendment to the NDAA that is modeled after his bipartisan, protectionist proposal, H.R. 4710. This standalone bill, the Pharmaceutical Independence Long-Term Readiness Reform Act, has more than twice as many Republican cosponsors than Democrat cosponsors, making it especially threatening in terms of defeating it, should it be offered as an amendment.

Undoubtedly, it is important to be concerned about our nation’s ability to fend for itself. This is something we have learned time and time again during the current COVID-19 pandemic. However, the solution for this is less government, not more.

As we noted in a recent op-ed on Peter Navarro’s proposed new rules that would promote “Buy American” policies, “Studies have shown that manufacturing in developed nations like the U.S. can be up to five times more expensive than manufacturing elsewhere.” While well-intentioned, these types of protectionist mandates do far more harm than good.

A coalition letter from dozens of conservative organizations, including FreedomWorks, sent to White House officials and congressional leadership spells out this point, saying, “Rather than restoring U.S. jobs, the proposal would likely lead to higher prices and reduced access.” It also notes that “[a] Buy American mandate could lead to retaliatory actions,” so therefore “a better policy would be to seek the abolition of rules and requirements overseas that compel local sourcing to the disadvantage of U.S. manufacturers.”

We urge all who care about liberty and limited government to contact their representative -- especially if he or she serves on the House Committee on Transportation and Infrastructure and/or the House Armed Services Committee -- and demand that him or her speak out loudly in opposition to the INVEST in America Act and in opposition to “Buy American” provisions in the NDAA. More importantly, all should demand that he or she speak out loudly in favor of freedom.