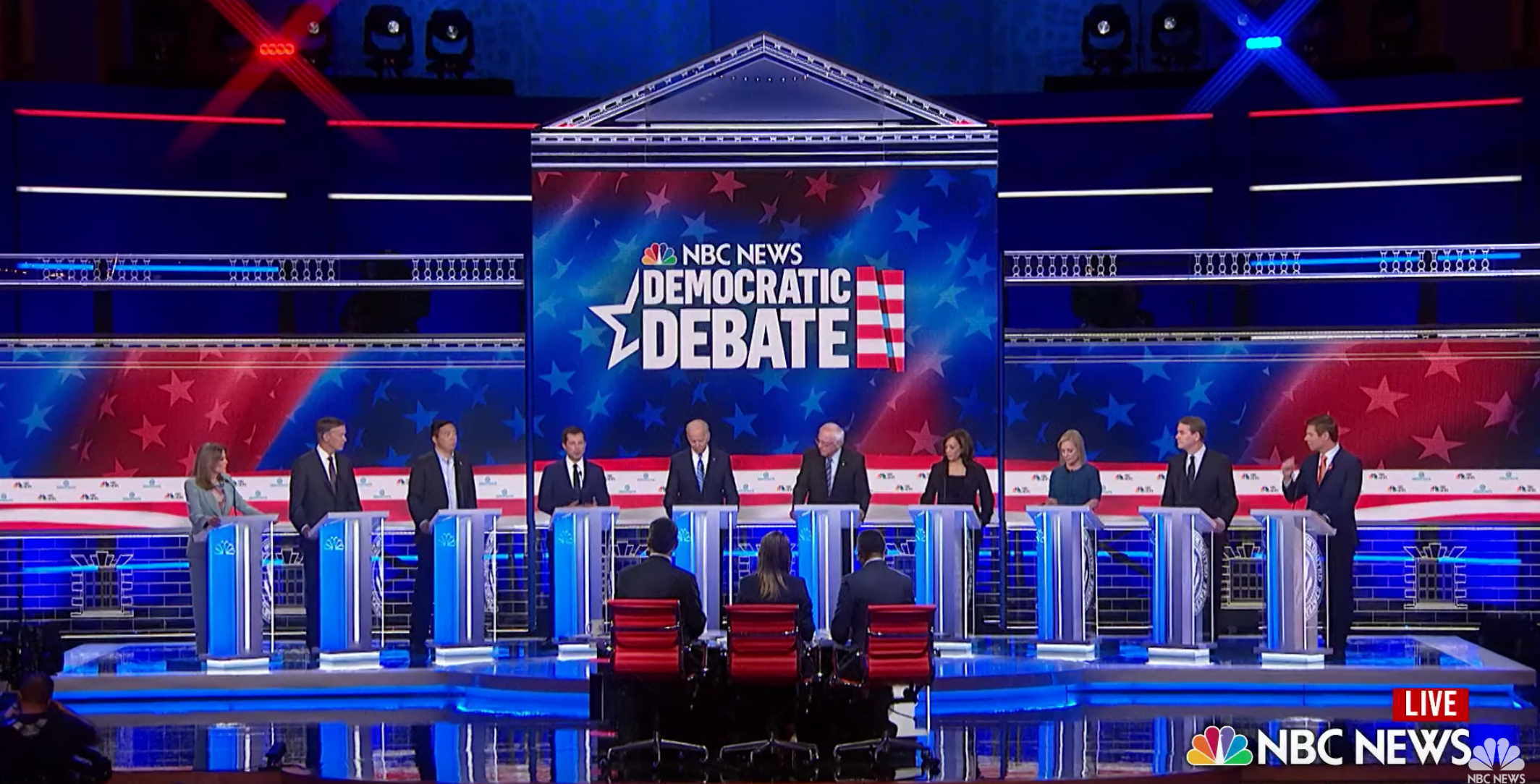 When asked by moderators during the two nights of debates if they would eliminate private health insurance, Sen. Bernie Sanders (I-Vt.), Sen. Kamala Harris (D-Calif.), Sen. Elizabeth Warren (D-Mass.), and New York City Mayor Bill de Blasio raised their hands. The remaining candidates looked on, keeping their hands on their podiums or by their sides.

Single-payer health insurance would cost $32 trillion over ten years, according to the Urban Institute, which isn’t exactly a conservative think tank. Such a plan would require massive tax hikes that will hit the middle class. The Congressional Budget Office (CBO) warned that “patients might face increased wait times and reduced access to care” under a single-payer plan. That is a reality in other countries, like England, where wait times for surgeries recently reached a ten-year high.

Sen. Sanders’ Medicare for All Act, S. 1129, would make it "unlawful" for private insurance companies to offer benefits that would compete with Medicare. (By the way, this is the same Sen. Sanders who wants to break up banks and large companies because he’s concerned they’re too big or monopolistic.) The House version of the bill, H.R. 1384, has the same prohibition on private insurance.

The Medicare for All Act, which, again, would make it unlawful for a private health insurance plan to compete with the federal government, is cosponsored by Sen. Cory Booker (D-N.J.) and Sen. Kirsten Gillibrand (D-N.Y.). Neither Sen. Booker nor Sen. Gillibrand raised their hands when asked if they would eliminate private health insurance. Sen. Harris and Sen. Warren are also cosponsors. At least they were honest about their intentions during the debates.

Virtually every other Democratic presidential candidate claims that they would keep private health insurance. Instead, they say, they’ll create some form of a “public option.” South Bend Mayor Pete Buttigieg, for example, said his plan is called “Medicare for All Who Want It,” which is, essentially, a public option.

“You take something like Medicare, a flavor of that, you make it available on the exchanges, people can buy it,” said Mayor Buttigieg. “And then if people like us are right, that will be not only a more inclusive plan, but a more efficient plan than any of the corporate answers out there, then it will be a very natural glide path to the single-payer environment.”

Former Rep. John Delaney (D-Md.) came out strongly against a single-payer plan like the Medicare for All Act during Wednesday’s debate. “If you go to every hospital in this country and you ask them one question, which is, ‘How would it have been for you last year if every one of your bills were paid at the Medicare rate?’ Every single hospital administrator said they would close,” he said. But even former Rep. Delaney (D-Md.), despite his perceived defense of private health insurance, is pushing a public option.

The Democratic presidential candidates who didn’t raise their hands when asked if they would end private health insurance coverage may be trying to look reasonable in contrast to the far-left candidates on the stage. Yet, these supposedly less radical candidates are still pushing more government involvement in healthcare through a “public option.” By its very nature, a “public option” isn’t a reasonable policy. Such proposals will eventually cost you the private health insurance plan that you have and like.

On behalf of FreedomWorks’ activist community, I urge you to contact your senators and ask them to cosponsor the Organ Procurement Optimization Act, S. 2063. Introduced by Sen. Todd Young (R-Ind.) and Sen. Michael Bennet (D-Colo.), the Organ Procurement Optimization Act would require organ procurement organizations (OPOs) to use performance metrics that are objective, verifiable, and not subject to OPO interpretation.