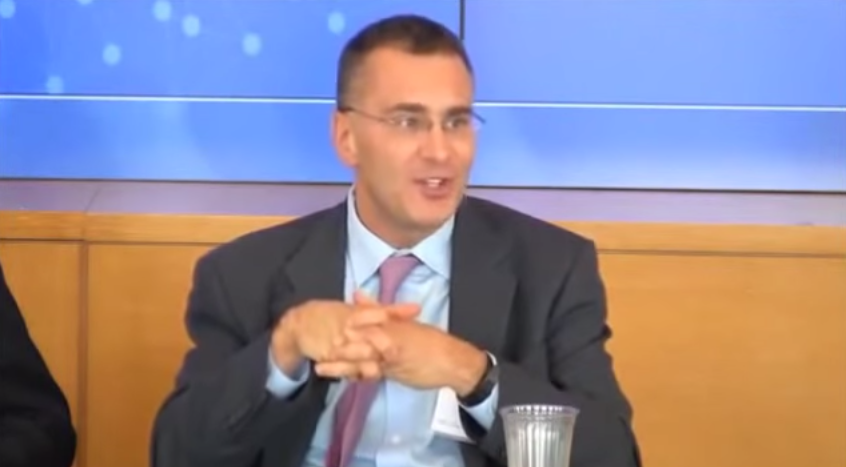 New video has surfaced of Jonathan Gruber, the MIT economist hired by the Obama administration to help craft the Affordable Care Act, bragging about the designed lack of transparency in the law, which, he suggested, played on the "stupidity of the American voter."

The video, unearthed by American Commitment, is from an unidentified October 17, 2013 event. Gruber, who was paid nearly $400,000 by the Obama administration to help craft the law, explained that if ObamaCare had been written in a transparent way, it would never have passed Congress.

"This bill was written in a tortured way to make sure [the Congressional Budget Office] did not score the [individual] mandate as taxes. If CBO scored the mandate as taxes the bill dies. In terms of risk-rated subsidies, if you had a law which said healthy people are going to pay in -- it made explicit that healthy people pay in, sick people get money -- it would not have passed" said Gruber. "Lack of transparency is a huge political advantage. And, basically, call it the stupidity of the American voter or whatever, but, basically, that was really, really critical for the thing to pass."

"And, you know, it's the second-best argument. I wish...we could make it all transparent, but I'd rather have this law than not," he added.

This isn't the first time Gruber has been the source of ObamaCare-related controversy. Earlier this year, video surfaced of the MIT economist telling an audience, in 2012, that the law was written to place political pressure on states that refused to create on their own health insurance exchanges. Gruber dismissed his comments as a "speak-o," but a second clip surfaced not long after in which he made the same argument.

On Friday, the Supreme Court granted oral arguments in King v. Burwell, a case that challenges the payout of subsidies for health plans purchased through the federal exchange, HealthCare.gov, in clear contradiction of the text of the law, which authorizes subsidies to be paid out in states that created their own exchanges. Plaintiffs cited Gruber's comments in their petition to the Supreme Court to hear the case.