The Internal Revenue Service is attempting to change the standards for tax exempt status for 501(c)(4) groups. Rather than sticking to enforcing the will of Congress, the IRS, with the full blessing of the political operation in the White House, wants to ensure they won't have to harass conservative and tea party groups about their tax exempt status applications, because those groups won't even bother to apply. They need to hear from America. 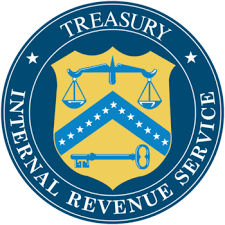 Following its targeting of tea party and conservative groups in the runup to the 2012 election, the IRS now wants to codify into regulatory law the organization's illegal and tyrannical behavior. The rules are meant not just to stifle free speech, which would be bad enough, but to favor progressive groups over conservative and libertarian ones.

After initially calling the IRS targeting "outrageous," President Obama shifted to calling it a "phony scandal."  The White House and its allies in Congress have worked hard in favor of the new targeting.

House Ways and Means Committee chairman Dave Camp (R-MI) has asked Treasury Secretary Jacob Lew and IRS commissioner John Koskinen for all documents pertaining to the proposed changes. Perhaps we will find out whether the White House, the NTEU, or low-level staffers in Cincinnati came up with the new policy.

UPDATE, via The Daily Caller:

IRS officials planned during 2012 to make changes to how 501(c)(4) groups are treated, according to an email released to Ways and Means.  Lois Lerner, who invoked her Fifth Amendment right against self-incrimination when Congress asked her about the matter, was involved in the discussion, which may or may not have led to the current proposed rule change.

Meanwhile, American Commitment pointed out that no one has been held accountable for the targeting:

The IRS confessed to targeting conservative groups in a stunning abuse of power.

Nobody has been held accountable for these outrageous abuses.  Indeed, the apparent ringleader of the suppression scheme, Lois Lerner, was granted six months of paid administrative leave and then allowed to retire with her full pension!

I commented to the IRS:

Discussion and advocacy on public policy issues is an intrinsic part of a social welfare mission, and for some groups of people, may be the sole way they express their opinion.

The rule effectively muzzles 501(c)(4) groups while unfairly exempting 501(c)(5) labor unions, even the union to which people who made the rule belong. Did representatives or members of the National Treasury Employees Union or other groups to which Treasury employees belong have input into this policy change, and if so, how much?

The proposed rule's distorted definition of "candidate" to include appointees restricts efforts to weigh in on executive or judicial nominations that are crucial to promoting social welfare.

The 501(c)(4) category has always been the home of groups that advocate public policy and hold politicians accountable for the policies they pursue at every level of government.

The rule disregards the facts and unduly limits rights of association and speech. It should be withdrawn.The IRS is attempting to change by regulation what Congress has for many years resisted doing, removing the tax exempt status for groups involved in political speech. Since most of these groups are conservatives, and their involvement harms Democrats, it's a blatant partisan push from the leftist Democrats in the Obama administration.

Consider writing your own response. The IRS must acknowledge the public comments or expose themselves to legal challenges. It may be too late to keep them from squashing pro-limited-government speech heading into the 2014 elections, but the more attention we bring to the issue the more likely the proposed policy is to change.

Who Cares? I expect it would cost less to be "for profit" than fight for "non-profit". Establish an LLC and pay the taxes. Put your energies and funds into fighting for the issues.

Actually, there are several reasons. First, the principle: this is the White House using the tax code (more specifically, the IRS interpretation of it) to favor its political allies against its foes. That's bad, no matter who does it. I'd oppose it no matter who benefited. Second, donations to for-profits (above expenses) are taxed at corporate income rates which are higher than individual rates, so call it 35%. Since non-profits try to amass an endowment to get them through lean times, they sometimes have more income than they spend. It's the government simply confiscating money it shouldn't be taking. Third, that 35% tax rate will scare off donations from many people, who will decide to donate where more of their money goes to the cause they want to support, rather than to the government. While there are reasons for non-profit operations to turn for-profit, such as not being answerable to anyone but the shareholders and customers, letting the government tax contributions is not one of them.

Lets be clear here. Liberal groups were targeted as well. So cry me a river if this article is meant to try and frame it as those "poor" conservative "non-profit" groups from their free speech.

No, liberal groups were not targeted. About 10 liberal groups have received slow service, while at least 300 conservative groups have received such, and many still don't have responses. Many of these groups no longer exist, in part because the lack of tax deductibility dried up donations. The liberal groups were not targeted, as such, but were merely collateral damage. Most of these groups live off the spare change of their central members, doing community education and service, trying to rein in an increasingly out of control government. So putting "poor" and "non-profit" in scare quotes is silly.