Last year, RACtivists submitted a whopping 32,698 comments to 22 different regulatory dockets. They accounted for over a third of the total comments submitted to six of those dockets. 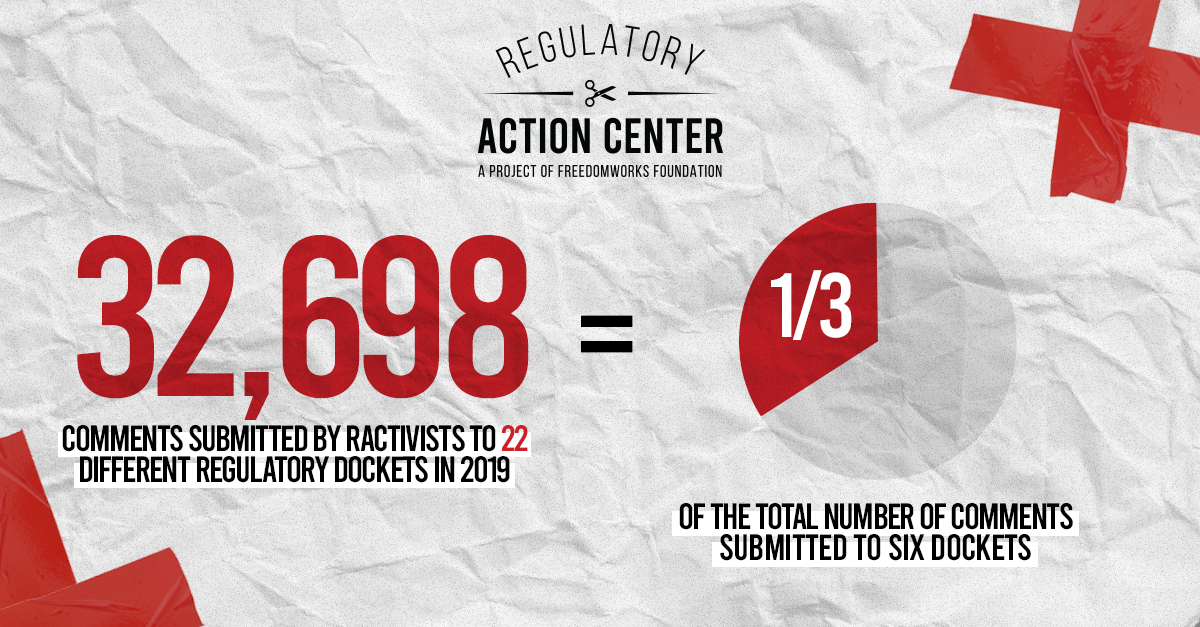 Comment submitted by RACtivist, Lynn E from Indiana to the FCC regarding the 5G fund for rural broadband:

Imagine for yourself having an important deadline to get a fundraising letter out to your constituents, only to have your mailbox play "sit ‘n spin" while your letter just wouldn’t go through… For thousands of rural school children, small businesses and local town officials that happens to them ALL THE TIME! It’s not far-fetched to say that small businesses, rural medical facilities, schools, etc. run at the same speed and efficiency as the rural internet. Please help bring them into the 21st century with the rest of the world. Won’t you do an active part to establish a 5G fund for rural Americans? Thank you in advance for your help.

The Departments of Justice and Homeland Security (DOJ and DHS respectively) are proposing a rule that would make it easier to separate baseless asylum claims from meritorious ones. Those asylum seekers found to have credible fear of persecution will be able to be processed in a streamlined fashion. Whereas, those seeking to abuse our system and gain easy access to the U.S. will not be able to bog down resources for legitimate seekers. The rule also clarifies what signifies a “frivolous” claim.

More information on the CFPB and this ruling:

FreedomWorks Foundation calling for such a determination back in 2016: HERE

Info from our friends at Competitive Enterprise Institute on the great work current CFPB Director Kathleen Kraninger has done: HERE

The FCC is moving to eliminate price regulation that telephone carriers can assess on users. The original regulations were intended to stifle monopoly in the space. Given that we are no longer anywhere near monopolization, these regulations make no sense and only threaten to make the market less efficient.

As protesters and rioters across the country tear down statues of historical figures and memorials, the Department of Homeland Security (DHS) is establishing a new taskforce aimed at protecting them. This is in response to an executive order released by President Trump on June 26th.

More information on this move: