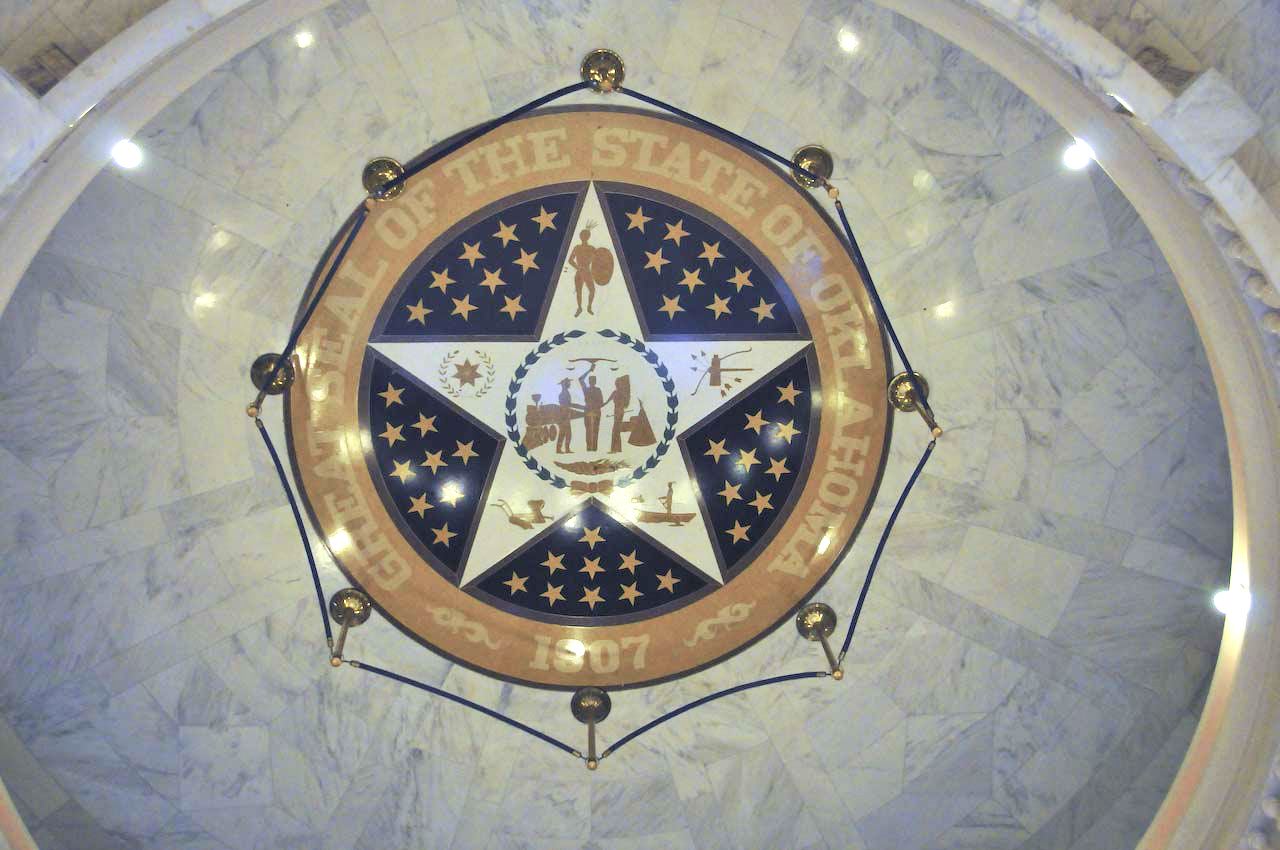 The effort to reform Oklahoma's terrible civil asset forfeiture laws has brought together unlikely bedfellows from the ideologically opposed think tanks. In an op-ed published on Sunday, Terry England, vice president for strategic initiatives at the Oklahoma Council of Public Affairs, and Gene Perry, policy director at the Oklahoma Policy Institute, explained the perilous situation that property owners in which innocent Sooner State residents could find themselves under current state law.

State Sen. Kyle Loveless (R-Oklahoma City) has proposed legislation, SB 838, which would require law enforcement to obtain a criminal conviction before subjecting property connected to an illicit act to forfeiture. It would also direct the proceeds from forfeitures to the state's general fund. Law enforcement has reacted viciously, frequently using hyperbolic and outrageous rhetoric to defend a revenue source. While England and Terry disagree on many things, they both believe Oklahoma's civil asset forfeiture laws put innocent people at risk.

"Law enforcement agencies at all levels of government have used civil asset forfeiture for years, but the recent economic downturn seems to have caused many agencies to turn to forfeiture funds to balance their budgets," England and Perry wrote in The Oklahoman. "This profit motive distorts law enforcement decision-making, leading to the victimization of innocent Oklahomans."

Oklahoma earned a "D-" in the recent report from FreedomWorks, Civil Asset Forfeiture: Grading the States. The government need only meet a very low standard of proof to subject property to forfeiture. The presumption of innocence is thrown out the window. The property owner, who does not need to be charged with a crime, must prove that the seized items are innocent to get their property back. A perverse profit motive exists, as the seizing law enforcement agency can keep 100 percent of the proceeds from forfeitures.

The profit motive has come under scrutiny in recent weeks. Audits have surfaced that show district attorneys improperly used civil asset forfeiture proceeds. For example, an assist district attorney lived in a forfeited home for years, even though a judge ordered the home to be sold at auction. In another instance, a district attorney used $5,000 to pay off an assistant's student loans.

Current state law, which lacks any meaningful due process, and the perverse profit motive create a situation that could be perilous for innocent property owners. "Imagine if you were a boutique owner in Bricktown, and government agents come into your business and say you’re suspected of drug trafficking. They seize products in your store and cash from your till. They come to your house and seize more of your belongings, all without filing charges," the unlikely bedfellows explain in a hypothetical scenario. "You wait months to find out that no charges were filed, and then you are forced to prove your innocence to get your property back."

"This can happen under current law in Oklahoma. It could happen to you," they added.

The bill Loveless has filed in May, while misleadingly disparaged by law enforcement, would restore due process by requiring a criminal conviction to begin forfeiture proceedings against property connected to a crime. Much of the anger against the bill, however, is directed at the elimination of the profit motive. Of course, law enforcement should be fully funded to perform the absolutely vital task of protecting the public, but this funding should come from local municipalities and the state legislature, not from a controversial tool like civil asset forfeiture and Kafkaesque proceedings where innocent people's property could be put in jeopardy.