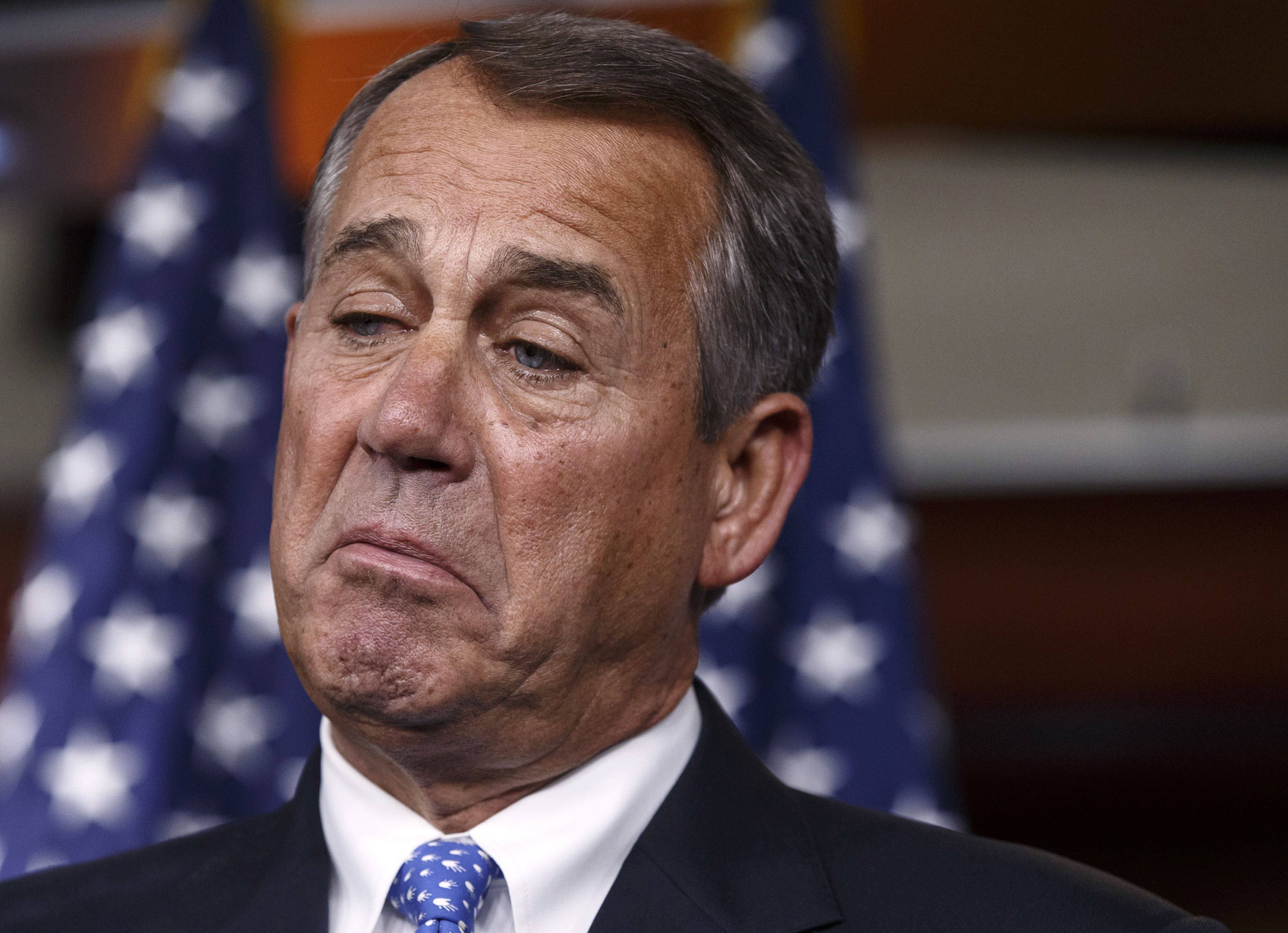 On Tuesday, 25 brave House Republicans expressed a desire for new leadership in the chamber by voting against Boehner's reelection as Speaker. This was, according to the Congressional Research Service, the biggest challenge to a sitting Speaker since 1923, when Frederick Gillett faced opposition from progressives in the House, including members of his own Republican conference.

In the wake of the challenge to his speakership, Boehner says he understands why Americans are frustrated, but defended his record, citing the elimination of earmarks as an example of his "anti-establishment" credibility.

"During my years here when I voted, I had the eighth-most conservative voting record in the Congress, and it does pain me to be described as spineless or a squish," he said. "I'll tell you what pains me the most is when they describe me as the establishment. Now, I’m the most anti-establishment Speaker we’ve ever had. You know, who was the guy who got rid of earmarks? Me. Who's the guy who believes in regular order? Me. Who believes in allowing more members to participate in the process from both sides of the aisle? Me."

It's true that House Republicans did put in place a moratorium on earmarks when they took control of the chamber in 2011, but that was a ground-up movement that had long been pushed by the grassroots. Some even believe that Tea Party has its roots in the Porkbusters movement, which, at its peak in 2005 and 2006, highlighted wasteful earmarks in congressional appropriations and spending bills and criticized the lack of transparency in the process.

Republicans were also plagued by problems with earmarks. Not only had the number and cost of earmarks risen substanially under Republican control, they were, as then-Rep. Jeff Flake (R-AZ) described them in 2006, the "currency of corruption." Disgraced lobbyist Jack Abramoff described the House Appropriations Committee as an "earmark favor factory" and some House Republicans were, at the time, mired in scandal related to federal contracts for their crony friends.

Democrats implemented some minor earmark reforms, such as requiring members to disclose their pet projects. Though they deserve some credit for taking on earmarks, really, after all of this, this pernicious practice was sort of low-hanging fruit by the time Republicans regained control of the House. And the thing is, earmarks still exist, though not on the scale that they once did, and they're less transparency than ever, according to Citizens Against Government Waste's Pig Book.

As far as Boehner's other points about "regular order" and "allowing more members to participate in the process," he's stretching it. Case in point was an amendment offered to the defense appropriations bill by Rep. Thomas Massie (R-KY) that would've limited NSA spying. This amendment received overwhelming, bipartisan support when it pass the House in June. Unfortunately, it was removed by leadership from the government funding bill that passed Congress last month. In this instance, the process, the very one in which Boehner says he allows members to participate, didn't matter.

There are other instances in which Boehner and Republican leadership have undermined fiscal conservatives, including purging them from committee assignments in 2012, openly mocking them, pushing measures that benefit the crony class, and blowing through hard-fought spending caps with a terrible budget deal. These examples only skim the surface of Boehner's willingness to run roughshod over the principles in which he says he believes.

One can hope that Boehner will begin to pay more attention to the concerns of his fiscally conservative members after last week's vote. But, given his track record, don't hold your breath.