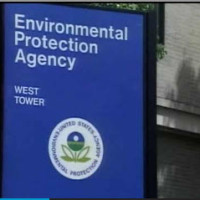 Following the lead of the Rev. Al Sharpton, thousands of protesters have taken to the streets to protest grand jury decisions regarding the shooting death of Michael Brown in Ferguson, Missouri, and physical restraint death of Eric Garner in New York, by white police officers.

With chants of “Black lives matter” and “No justice, no peace,” demonstrators are expressing their frustration with what they regard as a system gamed against black Americans. Underlying the social unrest is a weak economic recovery that has left blacks behind. Blacks have the highest unemployment rate, the lowest average income and the lowest rate of homeownership.

Objective analysis would conclude that President Obama’s progressive policies have failed blacks, leaving them frustrated and vulnerable to the social agitation by Mr. Sharpton.

The sad truth is Mr. Obama’s agenda includes policies that preferentially harm blacks. In particular, Mr. Obama’s climate change policy, in effect, serves as a 21st-century version of Jim Crow laws owing to its economic impact on black households. A study from the Pacific Research Institute on the impact of the Environmental Protection Agency’s proposed regulations on existing power plants demonstrates the harm Mr. Obama’s climate change regulations could cause black families in Ohio.

The EPA’s Clean Power Plan establishes state-specific targets for carbon dioxide emissions from power plants to be 30 percent lower than 2005 levels by 2030. Because Ohio uses coal to generate the vast majority of its electricity, the state will experience a significant rise in power costs from the EPA’s proposed rule that targets coal-fired power plants that emit carbon dioxide.