Senate will finally move on NSA reforms, but the discussion over spying is just beginning 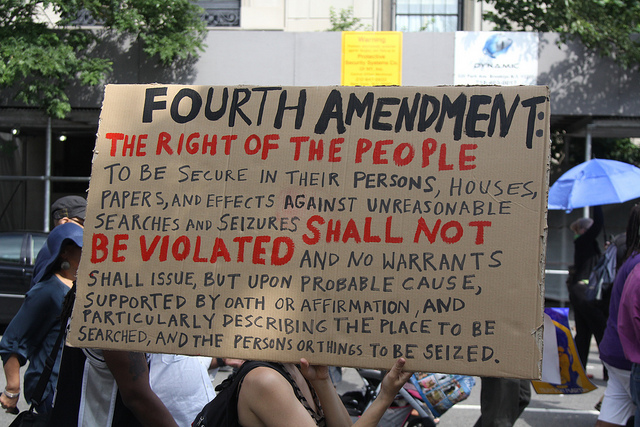 The Senate appears to be taking steps to reform the National Security Agency's unconstitutional domestic spying programs. The National Journal reports that Majority Leader Harry Reid (D-NV) has filed for cloture on the stronger version of the USA FREEDOM Act introduced in July by Judiciary Committee Chairman Patrick Leahy (D-VT).

In May, the House of Representatives passed its own version of the USA FREEDOM Act. Though FreedomWorks initially supported this measure, House leadership folded to pressure from the White House and gutted key provisions that would have begun the process of restoring the Fourth Amendment. As a result, FreedomWorks and other public interest organizations could no longer support it.

Frustrated by the House's actions to water down the bill, Leahy, in July, introduced a new version of the USA FREEDOM Act. His iteration of the measure has bipartisan support, a rarity on Capitol Hill. Original cosponsors include constitutionalists, Ted Cruz (R-TX) and Mike Lee (R-UT), as well as leftists, Dick Durbin (D-IL) and Bernie Sanders (I-VT).

While not a perfect bill, it's a step in the right direction. The USA FREEDOM Act protects Americans privacy by banning the NSA's unconstitutional bulk collection of phone metadata. It improves transparency by requiring the federal government to issue reports on how many individuals have been surveilled under Section 215 of the USA PATRIOT Act and Section 702 of the Foreign Intelligence Surveillance Act (FISA).

The USA FREEDOM Act gives companies the ability to report to customers on breaches of their privacy by the federal government through FISA court orders and national security letters. It also authorizes the appointments of special advocates to the secretive FISA court to serve as civil liberties watchdogs.

The bill, however, does have flaws. The USA FREEDOM Act would extend Section 215, one of the most controversial provisions of the USA PATRIOT Act, as well as other parts of the law that are due to sunset in June 2015 to December 2017. The measure doesn't address data collection and abuse of Americans' privacy under Section 702 of FISA. Additionally, there are concerns that amendments could be offered to weaken privacy protections the bill.

The Senate version of the USA FREEDOM Act, as currently written, is a step in the right direction, but it's not the end of the discussion over unconstitutional domestic spying by intelligence and law enforcement agencies. Americans want meaningful reform to protect the Fourth Amendment, and it's time for Congress to take clear action without watering down key protections in this bill.