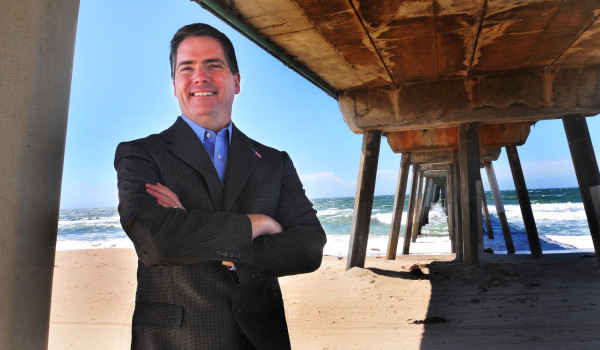 On Tuesday, the California House Public Safety Committee will hold a hearing on legislation that would protect the property rights of law-abiding citizens by closing a loophole in state law that allows overzealous law enforcement to seek forfeiture of property through federal civil asset forfeiture laws.

SB 443, which easily passed the California Senate in early June, would prohibit state and local law enforcement from using federal forfeiture laws to circumvent protections in state law for innocent property owners. Currently, under California forfeiture law, the burden of proof falls on the government and prosecutors must present "clear and convincing evidence," a very high standard of proof, to show that property is subject to forfeiture.

But, under current state law, state and local law enforcement can send property to the federal government for "adoption." Under federal law, prosecutors need only show a very low standard of proof to show that the seized property is subject to forfeiture. The seized property is guilty until proven innocent by the property owner. Federal forfeiture laws also create a perverse profit motive. State and local law enforcement can receive up to 80 percent of the proceeds from forfeitures through the Justice Department's Equitable Sharing Program

While restrictions exist on proceeds from the Equitable Sharing Program -- funds cannot be used to supplement salaries or pay overtime, for example -- it does not appear that these restrictions are enforced in any serious way. In April, the Drug Policy Alliance released a study which found that many Los Angeles-area law enforcement agencies are using the funds to supplant local funding responsibilities.

Sen. Holly Mitchell (D-Los Angeles), the primary sponsor of SB 443, and Assemblyman David Hadley (R-Manhatten Beach) penned an op-ed in the Los Angeles Daily News ahead of the hearing in the Assembly Public Safety Committee. The op-ed shows the bipartisan support for the bill and emphasizes the need to restore due process and uniformity in California forfeiture law.

"Since the adoption of such civil asset forfeiture provisions, billions of dollars in cash, cars and homes have been seized and kept by the government without a trial," Mitchell and Hadley write. "And here’s the kicker: the agency that impounded the cash and property generally gets to keep much of the forfeited money for its budget. That obviously creates dangerous incentives for law enforcement agencies — it’s like paying IRS agents on commission."

"It’s wrong for government to take a person’s property without a trial or conviction. The bounties have to stop as well: better to beef up law enforcement resources than to encourage officers to seize the assets of the innocent as well as the guilty," the unlikely allies explain. "It is this belief in American justice ­— innocent until proven guilty — that has brought a Democratic state senator and a Republican state Assembly member together. Our bill, SB 443, will end the financial incentives to shift cases into the federal system, and will handle these cases in California courts."

In addition to closing the loophole in state forfeiture law that allows for federal adoption of property, the bill requires a criminal conviction before cash or property worth more than $25,000 can be forfeited to the state. Though some supporters of civil asset forfeiture may complain about this provision, it is a crucial feature of the bill because it upholds the rights guaranteed in the Fifth Amendment.

"SB 443 won’t change the powers of street cops or detectives to take property or cash they believe is part of a drug operation. However, if there is no crime proven, or no case brought, the property will be returned," Mitchell and Hadley note. "That’s basic due process, and the difference between right and wrong."

Republicans in the California Assembly should follow Hadley's lead on SB 443. This bill continues the momentum for state-level civil asset forfeiture reform, following in the footsteps of groundbreaking new laws in New Mexico and Montana, and protects innocent people from abuse of these poorly conceived laws. The California Assembly Public Safety Committee, at least to this point, appears to be the final hurdle for SB 443 before it goes to the full Assembly for a final vote. If there are no changes made to the bill in the Assembly, it could soon be sent to Gov. Jerry Brown's (D-Calif.) desk for his signature.