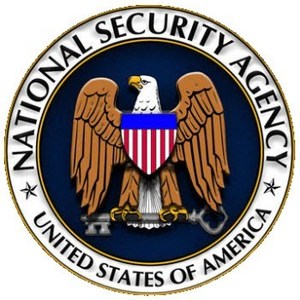 The Obama administration has continuously defended the NSA’s bulk collection of metadata on Americans. President Obama says that it’s not that big of a deal. "When it comes to telephone calls, nobody is listening to your telephone calls,” he says. The Director of National Intelligence James Clapper equates it to simply reading the Dewey Decimal System on the cover of a library book.

“The call-records program is not surveillance,” writes Senator Dianne Feinstein (D-Calif.) “It does not collect the content of any communication, nor do the records include names or locations. The NSA only collects the type of information found on a telephone bill: phone numbers of calls placed and received, the time of the calls and duration."

So, what’s the big fuss?

At first, the collection of telephone metadata may not sound that invasive. But it’s actually shocking how much personal information that it can reveal about a person.

There’s a lot you can infer about someone by only looking at phone numbers of calls placed, the time, and the length.

In a study published by Sanford University, Jonathan Mayer and Patrick Mutchler used a smartphone app to collect metadata from 546 volunteers. They wanted to see how much personal information they could find out about people making the calls by only analyzing metadata. Before they conducted the study, they didn’t anticipate finding much.

“We were wrong,” the authors write. “We found that phone metadata is unambiguously sensitive, even in a small population and over a short time window. We were able to infer medical conditions, firearm ownership, and more, using solely phone metadata.”

In total, the 546 volunteers contacted 33,688 unique phone numbers during the time of the study. Using public directories, the researchers were able to identify the person on the other end of the line in 18 percent of the calls.

"The degree of sensitivity among contacts took us aback," Mayer writes. "Participants had calls with Alcoholics Anonymous, gun stores, NARAL Pro-Choice, labor unions, divorce lawyers, sexually transmitted disease clinics, a Canadian import pharmacy, strip clubs, and much more. This was not a hypothetical parade of horribles. These were simple inferences, about real phone users, that could trivially be made on a large scale."

Here are some specific examples from the study:

Participant A communicated with multiple local neurology groups, a specialty pharmacy, a rare condition management service, and a hotline for a pharmaceutical used solely to treat relapsing multiple sclerosis.

Participant B spoke at length with cardiologists at a major medical center, talked briefly with a medical laboratory, received calls from a pharmacy, and placed short calls to a home reporting hotline for a medical device used to monitor cardiac arrhythmia.

Participant C made a number of calls to a firearm store that specializes in the AR semiautomatic rifle platform. They also spoke at length with customer service for a firearm manufacturer that produces an AR line.

In a span of three weeks, Participant D contacted a home improvement store, locksmiths, a hydroponics dealer, and a head shop.

Participant E had a long, early morning call with her sister. Two days later, she placed a series of calls to the local Planned Parenthood location. She placed brief additional calls two weeks later, and made a final call a month after.

Clearly, the government collecting telephone metadata is a big deal. It’s possible to deduce a lot of sensitive information about someone from their phone calls even without listening to the content of the communication. Frankly, it's none of the government's business.

That’s why FreedomWorks is supporting the USA Freedom Act to put an end to the bulk collection of metadata. Take action below!

The “Balance” Between Safety and Privacy: Why Going Dark Offers a Shining Light

On July 8th the Senate Judiciary Committee held a hearing titled “Going Dark: Encryption, Technology, and the Balance Between Public Safety and Privacy.” In his opening statement, Senator Chuck Grassley explained that “[c]ompanies are increasingly choosing to encrypt these devices in such a way that the company itself is unable to unlock them, even when presented with a lawful search warrant.”