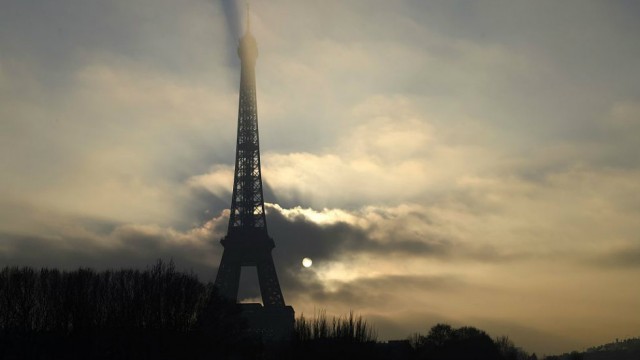 For starters, the Paris Agreement should have never legally been allowed to happen in the first place. Article II, Section 2, Clause 2 of the United States Constitution says, “[The President] shall have power, by and with the advice of the Senate, to make treaties, provided two thirds of the Senators present concur…”

The founding fathers incorporated this clause into the Constitution because international treaties are legally binding on our nation and future Presidents. No president should enjoy such a monarchical type power, but it seems that President Obama believed he alone should.

President Obama ignored this constitutional requirement in an unsurprising move, and circumnavigated the Senate by writing the agreement into law through a series of executive actions. His administration knew that the agreement would not pass with a two-thirds vote in the Senate.

In fact, Josh Earnest, then President Obama’s spokesman, told the world that President Obama was smarter than the entire Senate when he said, “I think it’s hard to take seriously from some Members of Congress who deny the fact that climate change exists, that they should have some opportunity to render judgment about a climate change agreement.” It seems that the Obama administration disregarded anyone who disagrees with them, including elected officials in the Senate.

How do we know the Paris Accord was actually a treaty? Well, over 128 other countries that signed on to the accord required legislative approval including the likes of Canada, Germany, Italy, France, and the United Kingdom. Obama, who committed the United States to extreme environmental regulation by signing the agreement, shouldn’t have treated it any differently, but he did, and he disregarded the Constitution in the process.

Now that the Paris Accord had been on the books for nearly two years, we now know that it really is just as bad as many predicted it would be.

In order to reach the 26 percent to 28 percent reduction in greenhouse gas emissions by 2025 that Obama promised, a series of regulations had to be enacted to cut carbon emitting fuels that have powered nearly 87 percent of America’s needs in the last decade. That equals, you guessed it, lost jobs. One study shows nearly 200,000 manufacturing jobs, and nearly 400,000 total jobs across all sectors, would be lost by 2035 with a price tag of $2.5 trillion due to regulations associated with the Paris Agreement. What happened to democrats caring about your jobs? They don’t.

The Paris Accord also disregarded the needs of third world countries trying to industrialize. The treaty actively suppresses areas of the world that are in dire need of economic growth. It only makes it harder for the nearly 1 billion across the globe who are struggling to eat and maintain basic access to electricity to industrialize into a first world country. These struggling areas need cheaper fuels to power modern systems of living like transportation, farming, construction, and clean drinking water.

Not only was the Paris Accord royally bad for the American economy and the economies of countries in desperate need of industrializing, it also does nothing for climate change, which is still continually questioned by scientists. A study done by the Massachusetts Institute of Technology compiled the greenhouse gas reduction pledges by member countries of the accord and found that by 2100, this would at most reduce the temperature by 0.2* C. For an agreement that is so detrimental to our economy, it manages to accomplish very little for the environment.

President Trump stuck to his word, and added another check mark to the list of promises he made. He needs to further this withdrawal and continue to remove harmful regulations that hamper the American economy and energy sector, but this is definitely a big win.