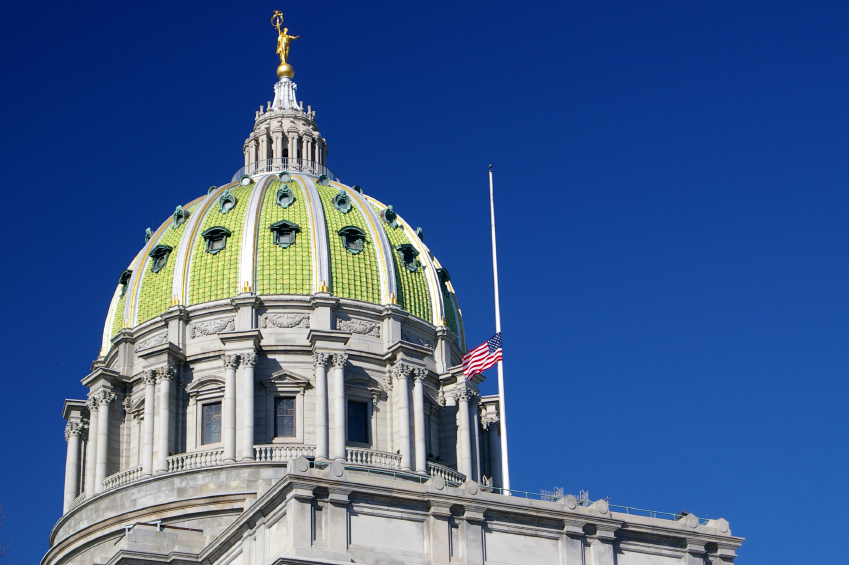 FreedomWorks activists in Pennsylvania have sent over 2,200 messages in support of HB 508 and SB 869

The main principle behind civil asset forfeiture reform legislation introduced in both chambers of the Pennsylvania General Assembly is widely embraced by voters in the Commonwealth, according to a survey released on Thursday. The legislation would require a criminal conviction before property can be forfeited to the state. Currently, a property owner does not even have to be charged with a crime before their property can subject to forfeiture.

Pennsylvania's forfeiture laws undermine due process and property rights. Property merely suspected of a connection to illicit activity can be subjected to forfeiture based on a very low standard of evidence. The burden of proof falls on the property owner, who may never be charged with a crime.

House Bill 508 and Senate Bill 869, which are identical pieces of legislation, would offer crucial protections to innocent property owners. The bills eliminate civil forfeiture by requiring a conviction as a prerequisite before the government can seek forfeiture of an individual's property and rein in abuse of federal forfeiture laws by applying the same standard.

Reforms are overdue. A report from the American Civil Liberties Union of Pennsylvania analyzed the use of the Commonwealth's forfeiture laws in Philadelphia and found that roughly a third of people whose property is seized by law enforcement are never convicted of a crime. Because the Commonwealth's forfeiture laws allow law enforcement to keep 100 percent of the proceeds from forfeitures, Philadelphia has reaped a windfall from forfeitures, taking in $5 million in revenue annually. HB 508 and SB 869 would eliminate the profit motive by limiting how proceeds from forfeitures can be used.

A new survey of 500 Pennsylvania voters, conducted by Public Opinion Strategies on behalf of Fix Forfeiture, found strong support for the main principle behind HB 508 and SB 869. Nearly 80 percent of Pennsylvania voters, including 75 percent of Republicans, say that the Commonwealth's forfeiture laws are in need of reform. Only 8 percent believe that the current forfeiture laws are working.

When presented with arguments in favor of Pennsylvania's current forfeiture laws and on the side of reform, the percentage of voters who believe that reform is needed actually increased by 9 points. Only 10 percent said agreed with the argument in favor of forfeiture without criminal charges, while 84 percent, including 80 percent of Republicans, believe that "law enforcement should only be able to permanently seize money or other property if that person is charged and convicted of a crime."

Responding to the results of the survey, state Sen. Mike Folmer (R-Lebanon) said, "These polling numbers confirm Pennsylvanians recognize the need for reform. No agent of the government should be able to seize an individual’s property without the Constitutionally protected right of due process, and the legislation I’ve sponsored will ensure these rights are properly protected." Folmer is the primary sponsor of SB 869.

Jim Hobart of Public Opinion Strategies said the numbers are "some of the strongest support we’ve seen on any issue," adding that "[t]he tide is overwhelming in favor of civil asset forfeiture reforms." Likewise, Fix Forfeiture Executive Director Holly Harris explained, "The need for civil asset forfeiture reform is pressing and widely supported in the state. We urge the Legislature to move swiftly on passing this legislation."

HB 508 and SB 869 are awaiting action in the Pennsylvania General Assembly, though their are rumors of a Senate Judiciary Committee hearing on the latter in the coming weeks. FreedomWorks supports both of these bills. Already, our activists in Pennsylvania have sent more than 2,200 messages to state lawmakers in support of these bills, and we will continue to mobilize them as they move forward.

This law is A LAW OF ATTAINDER which is expressly forbidden to the Congress and the States in Article I section 9 for the Federal government and section 10 for State Governments.APPARENTLY , They didn't teach you in law school the DEFINITION of a law of ATTAINDER as I have discovered to be true with most lawyers, which is expressly FORBIDDEN by the U.S.Constitution for both the Federal and State Governments. To wit, from the dictionary:
A bill of attainder was a legislative act that singled out one or more persons and imposed punishment on them, without benefit of trial. Such actions were regarded as odious by the framers of the Constitution because it was the traditional role of a court, judging an individual case, to impose punishment." William H. Rehnquist, The Supreme Court, page 166.
"Bills of attainder, ex post facto laws, and laws impairing the obligations of contracts, are contrary to

the first principles of the social compact, and to every principle of sound legislation. ... The sober people of America are weary of the fluctuating policy which has directed the public councils. They have seen with regret and indignation that sudden changes and legislative interferences, in cases affecting personal rights, become jobs in the hands of enterprising and influential speculators, and snares to the more-industrious and less-informed part of the community." James Madison, Federalist Number 44, 1788.

As intended by the Framers of the Constitution, a law of questionable nature giving any part of the government more AUTHORITY than originally intended and established by the Constitution to insure that the BALANCE of POWER BE MAINTAINED and UNCHANGED.

Your EDICT, BILL, EXECUTIVE ORDER, LAW making the use of the dollar to make purchases in a money driven economy, ILLEGAL, is by definition a " LAW,BILL, of ATTAINDER" and is expressly forbidden by the U.S. Constitution. In addition, it is a violation of the law passed by FDR GUARANTEEING that the paper dollars, both GOLD and SILVER CERTIFICATES would be HONORED as being backed by the actual GOLD that they replaced.

If there were any representatives in either house of the Congress that understood this,YOU would be subject to the DEFINITION of punishment as elaborated by William H. Rehnquist, The Supreme Court, page 166 and the BALANCE of POWER would be COMPROMISED???