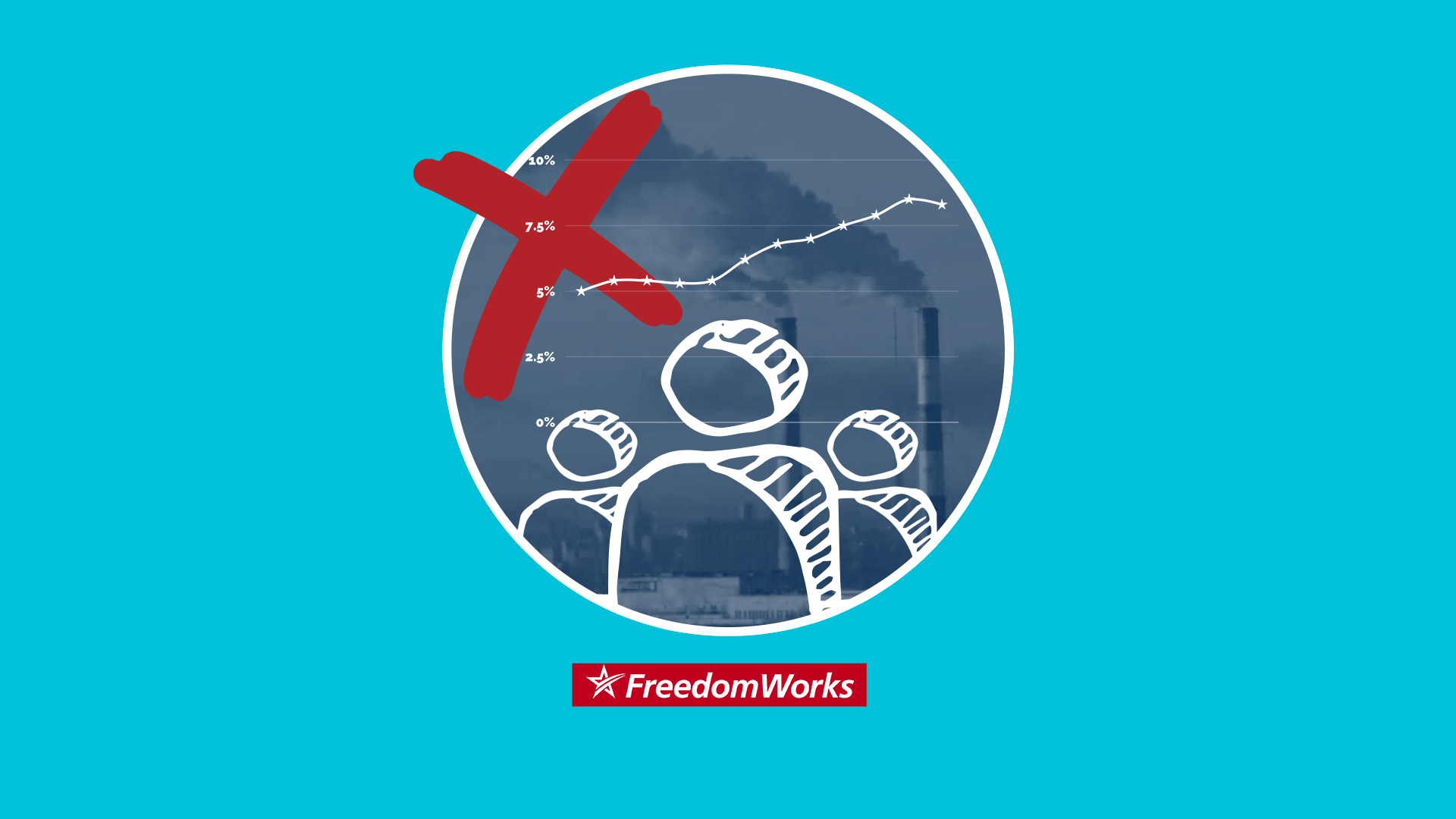 There’s no scarier word in politics than “bipartisan.” Politicians paint rosy pictures of themselves working across the aisle, but far too often, these instances have some of the most disastrous consequences for American families. Look no further than the CARES Act and the bipartisan infrastructure bill that added trillions of dollars in spending, stoking the fires of inflation.

Tariffs are trade barriers imposed by countries that raise the price of imported goods for working-class families. Higher costs of goods are the absolute last thing Americans need during record inflation and a looming recession.

Tariffs are taxes on American families, plain and simple. A carbon border adjustment is nothing more than failed protectionist trade policies packaged in a Green New Deal narrative.

Fresh off the spectacular failure of Build Back Better, progressives are clamoring for a new climate package no matter the cost. So-called moderates will try to brand this as a compromise, but increasing taxes on working-class Americans is nothing to compromise on.

Most iterations of carbon border adjustment policies include carbon pricing. Currently, there are two major domestic carbon pricing programs: California's cap and trade program and the Regional Greenhouse Gas Initiative (RGGI) in the Northeastern United States. RGGI is a state compact designed to tax electricity producers for emitting carbon. In Pennsylvania alone, the Commonwealth Foundation estimates RGGI to cost every household an additional $400 in energy prices over a nine-year window.

The progressive war on carbon has enormous consequences for American families. A carbon border adjustment only further harms American who are already struggling with skyrocketing prices on everything from gas to groceries.

The dramatic price increases Americans currently see are a result from an imbalance between supply and demand. Extremely loose fiscal and monetary policy artificially increased demand while, at the same time, disastrous government lockdowns wrecked supply chains. The best way to fix this imbalance and increase supply is to get the government out of the way. Lawmakers should be actively removing trade barriers to alleviate inflation.

Proponents of the carbon border adjustment policy will point to high-polluting nations like China and India and claim that their policy will reduce carbon emissions globally. This approach misses the fact that the economic burden of tariffs is felt domestically, but it also ignores what should be an obvious solution to the problem. Rather than disincentivizing industry abroad, the United States should incentivize business at home.

Increasing the cost of goods via trade barriers is a short-sighted solution that misses the mark for true long-term growth. A pro-business low-tax environment that incentivizes domestic production is the best way to bring businesses home from overseas. It should be more desirable for producers to operate in the United States. We can produce goods in a cleaner and more efficient manner here at home.

A carbon border adjustment is a misguided policy that will further hurt American families already struggling. The United States should be the number one place to do business. By embracing free trade, limited government, and economic prosperity, the United States can accomplish great things. However, as long as our lawmakers adopt failed policies that do more harm than good, Americans will continue to hurt.