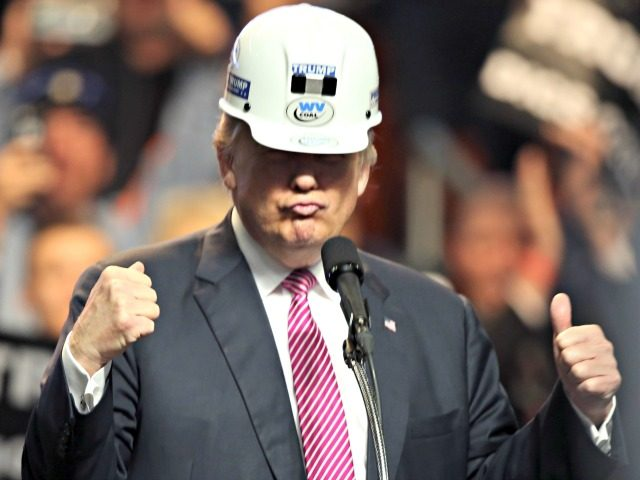 The CPP is an Obama administration scheme for reducing carbon emissions. It was devised in 2014 to demonstrate “global leadership” on climate change. During President Obama’s negotiations for reducing emissions with developing nations, many complained that the United States doesn’t do its part. So the EPA came along, torched the Constitution, and imposed arguably the most aggressive and expensive rule of all time–all for a miniscule reduction in atmospheric carbon dioxide. EPA now seeks public comment on repealing the program.

By the EPA’s own estimates, only .019 degrees Celsius of global warming could be saved by CPP, which seeks a 32% nationwide emissions reduction by year 2030. This is – far off – from averting scientists’ predicted catastrophe ceiling of 2.0 degrees Celsius. When considering the disastrous impacts by 2030 – 500,000 lost manufacturing jobs, $7,000 decline in per capita income, and $400 billion in additional energy expenses, the CPP is an unfunny joke.

The CPP forces 47 of the 50 states to meet carbon dioxide emissions reduction goals by 2030. Each state must submit a “State Action Plan” to the EPA explaining its approach for meeting mandatory carbon reduction. The EPA can accept or reject plans based on their compliance with goals. In the meantime, the EPA was kind enough to provide three “building blocks,” or suggestions that inform paths forward for emissions reductions.

The three building blocks are improving coal heat rates (efficiency), replacing less efficient coal with cleaner natural gas, and adding more renewable sources to the grid. States need not follow any of these ideas, they are “free” to innovate, as long as they meet their mandatory reductions. Any state that refuses to comply – meaning it doesn’t get EPA approval for a State Action Plan – is subject to a federally implemented cap and trade program.

Obama’s EPA bureaucrats thought they could outsmart our market economy. EPA regulators drafted the CPP from electric grid research. They based carbon output standards for power plants on regional output averages. This is a dire mistake, unless your goal is to shut down coal-fired power. Basing efficiency standards on averages rather than individual capacities endangers plants below the average. If states fall below meeting their targets, coal plants that power America will shutter.

For example, the CPP estimates that coal/oil fire power plants can achieve an average emissions rate of 1,305lbs CO2 per megawatt hour by 2030. Any coal plants above this range could be forced out of business, which would be many considering the newest and most efficient plants emit about 1,720lbs CO2 per megawatt hour. States would either need to substantially boost renewable energy with government mandates to cover for coal emissions or reduce coal usage. This would cost additional taxpayer dollars and make energy more expensive, all for an infinitesimal emissions reduction. In the meantime, energy will get more expensive for Americans that rely on lower efficiency coal plants. They might experience brownouts too.

But don’t worry, that was Obama’s plan all along. He wants to hike energy prices on struggling Americans to pay his precious “social cost of carbon.”

Instead, the market should decide which energy sources power America. There’s room for coal, natural gas, and renewables. But instead of socially engineering emissions targets, we should let people use the cheapest energy available. In many cases, that’s solar or wind. In others, it’s coal. This way, people pay at little for energy as possible. And the market successfully lowers emissions.

Carnegie Mellon researchers found earlier this year that the US energy sector meets already meets CPP’s 2025 emissions requirements. However, further reductions could be costly. The market helped shift coal production towards cheaper natural gas and in some cases renewables. Market allocation could further lower emissions, but we don’t want to make coal more expensive through government mandates. Lower income Americans spend the greatest portion of their income on energy expenditures, so they overwhelmingly bear the burden, as elasticity estimates show.

A better strategy is to let Americans buy cheap energy and save their money. Maybe savings in a market system can go towards greener practices and technologies rather than government waste.

FreedomWorks opposes the Clean Power Plan and urges EPA Director Scott Pruitt to repeal it. FreedomWorks activists should submit commits in favor of its repeal at this link (prior to April 26, 2018): http://fwact.org/ci15JCZ