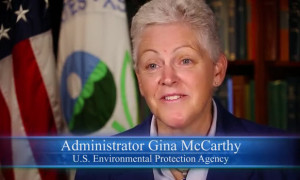 Be sure to check out this commentary in Investor’s Business Daily written by Harry Alford, president and CEO of the National Black Chamber of Commerce, titled, “EPA Clean Power Plan Will Hit Blacks And Hispanics Hardest.” He discusses how Obama’s war on energy is disproportionately hurting minority communities.

Here is a quick preview:

The Obama administration, the Environmental Protection Agency and environmental activists frequently claim that climate change will disproportionately affect poor and minority communities. This, they argue, justifies unprecedented environmental regulations like the EPA’s soon-to-be-finalized “Clean Power Plan” to cut U.S. greenhouse gas emissions by 30% by 2030. But what effect will the regulation itself have on minority communities? A new study commissioned by my organization, the National Black Chamber of Commerce, answers this question.

The Clean Power Plan will lead to lost jobs, lower incomes and higher poverty rates for the 128 million blacks and Hispanics living in America. This should serve as a warning to federal and state lawmakers as they prepare for this sweeping regulation to go into effect in the coming months. The underlying economics explain why this regulation will inflict the most severe harm on our communities. The study estimates that restructuring America’s energy grid, which the EPA’s rule will require, will lead to $565 billion in higher annual electricity costs by 2030, when the regulation will be fully implemented.

With blacks and Hispanics spending a larger share of their income on energy than whites, the burden of higher costs will fall hardest on minorities. We will be hurt again through job losses, as businesses take steps to mitigate the damage of higher overhead. The study estimates that this single regulation will cause cumulative job losses for blacks and Hispanics of roughly 7 million and 12 million, respectively, over the next 20 years. Over the same time period, black families can expect their annual incomes to fall by $455, while Hispanics will take home $515 less per year.

This regulation will also impose higher costs of living, which again hit minority families the hardest. Today, blacks spend 10% more of their income on housing, 20% more on food, 40% more on clothing and 50% more on utilities than do white families.