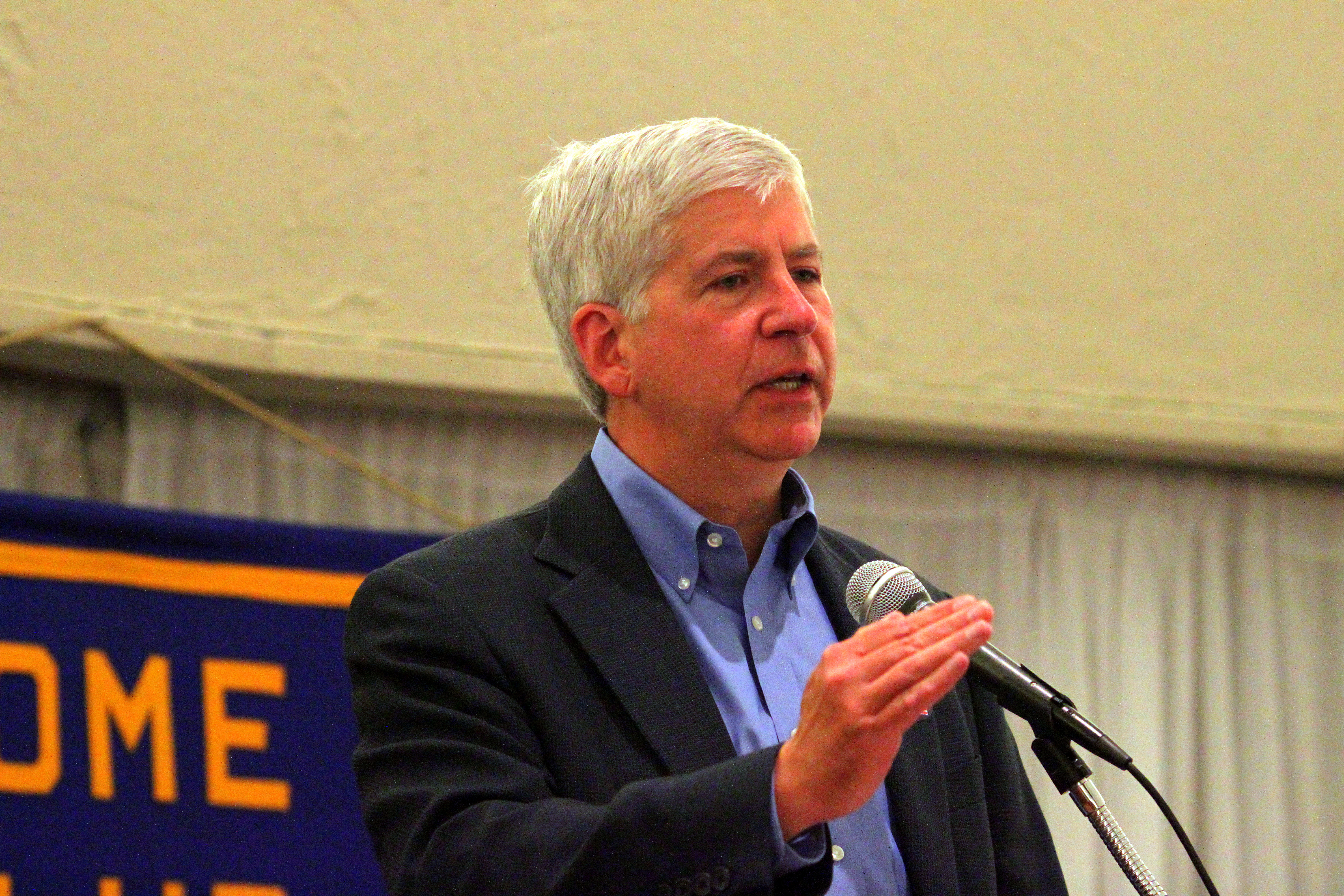 The state’s prison budget stands at $2 billion and this represents between 20-25% of the state’s general fund. At a cost of $35,000 a year to house a prisoner, any reduction in the prison population would leave more for funds for programs like education and transportation, or provide an opportunity to lower taxes.

While Governor Snyder is rightly concerned with the large prison population, and the associated costs of housing the prisoners, he proposes broad reforms that touch many areas of justice reform.

Sentencing Reform - He called for sentencing reform through recommendations made by the Criminal Justice Policy Commission. Gov. Snyder also called for expanded use of programs that divert offenders into treatment, rather than prison, stating, “It is unwise to send an individual to jail or prison when an alternative sentence, such as probation with treatment of underlying problems like substance abuse, would better protect our communities at lower cost.” He also called for a presumption of parole at the earliest date for inmates that have been determined will likely succeed on the outside.

Job Training - On job training he calls for the Corrections Department and the new Talent Investment Agency to help link prisoners with employers who want to train, and eventually hire, them. Refreshingly, he urged that we should make sure a prisoner’s time in the prison is not wasted, but that the prisoner actually makes improvements through training and education to be better equipped to handle life on the outside.

Better Policing - Gov. Snyder wants the best and most efficient police force, prosecutors and public defenders. He wants a review of funding and training for law enforcement, as well as better training for prosecutors and public defenders. He also discusses greater use of body worn cameras for police officers, as long as safeguards are in place to protect privacy.

Youth Offenders - He would make diversion programs the default sentence for youth offenders to keep them out of juvenile detention facilities. He also hopes to expand the expungement of records for youth that complete probation.

Victims - He would protect victims of crimes, especially domestic violence, by providing free delivery of personal protection orders by police officers and keep the victim’s addresses from being obtained by the perpetrator. He also called on the Department of Corrections to make sure offenders pay any mandatory restitution to victims of their crime.

Throughout all these reforms, Gov. Snyder maintained that the primary concern of the justice system is still public safety. However, he wants a renewed focus on actual corrections, not just housing offenders. This means providing job training and support programs, so that offenders are ready to become productive members of society upon their release.

If the governor’s plans go forward, his main opposition will probably come from Attorney General Bill Schuette, who has been a key opponent of justice reform in Michigan in the past. If meaningful justice reform is able to be passed into law in Michigan, it will join a growing movement amongst the states, including Texas, Alabama and Oklahoma, to create a smart justice system that reduces the burden on taxpayers and prepares offenders for life on the outside.

Always the symptoms never the cause. Snyder is going at least in the right direction but if he had any sense he would legalize cannabis and stop with this rot of government telling people what to grow or smoke. Victimless crimes, we're incarcerating people for harming no one. Why is cannabis illegal anyway?

Across the nation, more and more states are coming around to fix the injustices and intrusions on liberty committed through civil asset forfeiture. Just this month, Virginia, New Hampshire, and Nebraska have all taken steps to change their own asset forfeiture proceedings. Recently, a bill was introduced in the Delaware State Senate that may just make the First State the next state to adopt asset forfeiture reform.

A new poll surveying voters in battleground states finds broad-based support for justice reform. This comes as welcome news to the groups who have been working on this issue for the last year, providing as it does a counterargument to those lawmakers who continue to drag their feet.

So, What About the Jail System?

Much of justice reform focuses on the prison system in America. Statistics and studies usually include extensive amounts of information pertaining to prison demographics, numbers, solutions, etc. However, detailed information regarding the state of the American jail system and the rate of incarceration in local jails has been lacking.

This afternoon, the Senate Judiciary Committee held a hearing on the Sentencing Reform and Corrections Act, S. 2123, a modest bill that will expand the existing "safety valve" exception to mandatory minimum sentences for low-level, nonviolent offenders and direct the Federal Bureau of Prisons to implement rehabilitative programs designed to reduce recidivism, or repeat offenses. The hearing came in advance of a mark up on the bill scheduled for Thursday morning.

Four Myths That Are Being Used to Criticize Justice Reform

Well, it did not take long for some talking heads to begin criticizing a significant piece of justice reform legislation introduced on Thursday by an unlikely group of United States senators. Already, critics are desperately seeking to drive opposition to reform by stoking fears that Congress is "going soft on crime" to maintain the failed policies of the last few decades.

On Friday, September 18, the Bard Debate Union at Eastern New York Correctional Facility defeated the Harvard University debate team in intercollegiate competition. The significance of such a win highlights more than just the dedication and skill of the winning team, it establishes credibility toward the efforts behind the Bard Prison Initiative (“BPI”) and the idea that providing prisoners access to education is an option worthy of consideration.