Grassroots Advocacy Prevails for the Internet 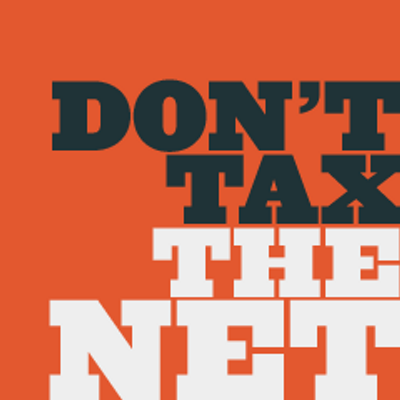 Grassroots Advocacy Prevails for the Internet

“When I feel the heat, I see the light,” Senator Everett Dirksen

Recently, the U.S. House and Senate voted for a permanent ban on taxing access to the Internet, and the White House has indicated the President will sign the legislation into law. Since 1998, Congress has passed temporary bans on taxing access to our super-information-highway. Last year, the House voted to make the ban permanent by an overwhelming, bipartisan vote. After the House's vote, Democrat and Republican leaders firmly stated the educational and economic benefits of keeping the Internet tax-free and available to everyone.

“We applaud the bipartisan passage of the Permanent Internet Tax Freedom Act today in the House. PITFA is a necessary measure to keep Internet access free of taxation. Internet access drives innovation and the success of our economy. It is a gateway to knowledge, opportunity, and the rest of the world. The American people deserve affordable access to the Internet and the Permanent Internet Tax Freedom Act will help prevent unreasonable cost increases that hurt consumers and slow job creation.”

This week the Senate passed the permanent ban by a 75-to-20 majority. Begging the question as to why was it a major accomplishment to pass legislation that “… prevent(s) unreasonable cost increases that hurt consumers and slow job creation(?)” Obviously, all government entities want more, and easily collectable, revenue. Thus, the National Governors Association, the National Conference of State Legislatures and a multitude of county and municipal governments opposed the permanent ban, and went as far as to lobby for the abolition of the temporary ban.

So, why did the Senate finally vote for the permanent ban? Thanks to the Internet We the People are much better informed on the machinations of government. Clearly, We the People are increasingly aware of the obfuscations and deceits of the politicians and their processes. Thus, We the People overwhelmingly requested not to tax the Internet, and hounded our Representatives and Senators with demands, letters, emails and phone calls. Additionally, in this election year, the voters of Iowa and New Hampshire have consistently voted against the establishment politicians - Republicans and Democrats.

Thus, as the very wise Senator Everett Dirksen from Illinois said many years ago, “When I feel the heat, I see the light.” Impressively, grassroots advocacy has prevailed, and will continue to change and improve our system of governance. This is a gigantic win for freedom and prosperity.