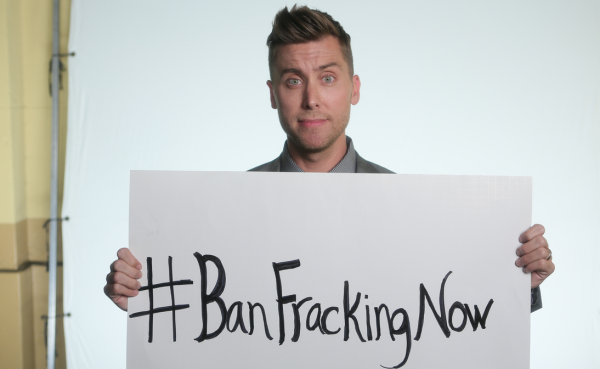 Celebrities such as Hayden Panetierre, Marisa Tomei, Lance Bass, Wendie Malick, Camryn Manheim, and Daryl Hannah, have banded together to make anti-fracking “What the Frack?” videos, asking people to call their elected officials to have fracking banned. These videos claim that fracking pollutes our water supply, makes people sick, and makes climate change worse. The main problem with these videos is that they’re full of misinformation.

The Western Energy Alliance (WEA) released a video of their own dispelling many of these myths. In an accompanying blog post, they also take the video to task, proving that these claims are false. Don’t believe them? The WEA also quotes experts such as Energy Secretary Ernest Moniz, who said “I still have not seen any evidence of fracking per se contaminating groundwater.” It doesn’t get any clearer than that. Point by point, the celebrity activists are proven wrong.

The truth is fracking is safe, effective, and good for our economy. Jon Haubert of Coloradans for Responsible Energy Development (CRED), a group dedicated to education on fracking, spoke with Freedomworks.

"Even though we’ve been safely fracking since 1947 and more than 90 percent of today’s oil and natural gas wells are fracked at some point during their lifespan,” he said, most “admit to not knowing or understanding what it involves.  And the problem is worsened when uninformed Hollywood actors jet in and out of town with a script in hand focused more on drama, than reality."

Haubert when on to explain the economic impact of a fracking ban.

“When we talk about banning fracking, we’re talking about outlawing a process that is absolutely critical to developing our vast energy resources,” he said,  “and is $30 billion per year economic juggernaut, pulsating economic activity and desperately needed revenue.”

Our economy is not in a position to turn down this kind of revenue, or turn away jobs, and the data just isn’t there to back up the environmental claims of these uninformed Hollywood activists. With millions of Americans feeling the pinch in their wallets, hopefully they'll pay attention to the facts and not these fracktivists. I’m all for having informed discussions and disagreements but, sadly, uninformed celebrities seem to have gotten the nation’s attention for now.

How much is the Fracking industry paying you to write this stuff? Or are you a share holder of the Fracking giants? Is it one or the other or both?

You simply do not win with this one! Fracking is safe and effective in 95% of the cases no doubt. The other 5% are by the industries own admission a disaster. Worse yet they admit that 5% additional cost and care would stop that. In the mean time you need to know that Arkansas shut in fracking in a gas field after 100,000 earthquakes were caused in one year. They didn't think is was harmless. The US-Army Corps of Engineers expects land subsidence due to fracking may cause the failure of several large dams in the near future. This isn't innocent stuff. The realistic issue here is that the Oil and Gas industry needs liability for the damage they do cause and they need to pay royalties to large areas affected and the old system of separation of mineral rights needs fixed to make sure that the surface right holders are not trumped in court by the "pads" and things like this. If you quit ideology and get with facts you might win on this one.

Green energy failures under President Barack Obama’s Department of Energy are nothing new. However, it is becoming apparent that the cronyism behind these loans could lead all the way to the White House.

President Obama’s ever-growing list of green energy failures now has one more company. Solar panel manufacturer Abound Solar is under criminal investigation for possible securities fraud, consumer fraud, and financial misrepresentation in Colorado. Of this particular company, he said in 2009 that it would create 2,000 jobs in construction and 1,500 permanent jobs. Instead, the plant was closed in July and filed for Chapter 7 bankruptcy, leaving 125 workers unemployed.

0
10/29/2012
Drilling For Jobs? Yes We Can!
"https:\/\/www.freedomworks.org\/content\/drilling-jobs-yes-we-can?social=facebook_share"
null
https://fw-d7-freedomworks-org.s3.amazonaws.com/styles/thumbnail/s3/te_social_media_share/fw_default_0.jpg?itok=35IWEBMb
Blog

In the first presidential debate, Mitt Romney said of Obama’s green energy initiatives “You don’t pick winners and losers, you only pick losers.” The list of so-called losers, which already included the well-known Solyndra and the Chevy Volt also included Finnish car company Fisker. Fisker’s new electric vehicle, Karma, was created with a $529 million loan guarantee from Obama’s Department of Energy (DOE) and, as with previous green projects, it is not looking as though the taxpayers can expect repayment.

Upcoming film The Promised Land, starring Matt Damon and John Krasinski, is two months from hitting theaters, but it is already creating quite a stir.

Virginians Are Being Crushed by Obama's Energy Policies

There's little question that the whole of America has suffered in the last four years at the hands of the President's one-track energy policies.  While Mitt Romney has laid out a plan for American energy independence by the year 2020, the Obama energy policy seems to be shackled by tunnel vision, focused solely on the massive outpouring of taxpayer resources to unproven alternative energy companies.

FreedomWorks is proud to report that the 2012 GOP Platform, as approved at the 2012 Republican National Convention in Tampa, Florida, incorporates almost all key elements of the FreedomWorks “Freedom Platform”. Most notably, the 2012 GOP Platform calls for both an Audit of the Federal Reserve and the full repeal of Obamacare, two of the cornerstones of the Freedom Platform.  Striking similarities between the two platforms are an encouraging reminder of the ground that the freedom movement is gaining within the establishment Republican Party.