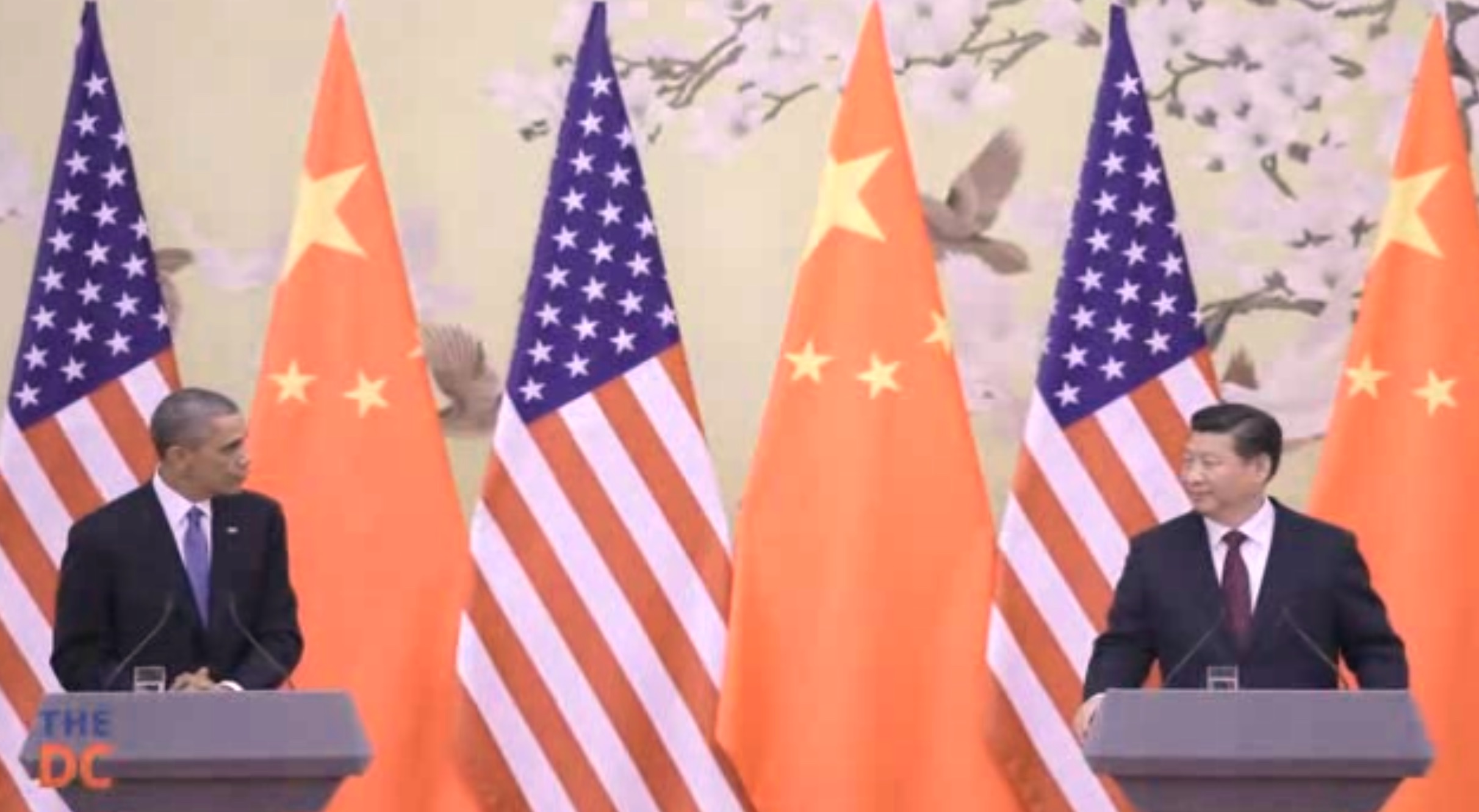 While in Beijing, President Barack Obama announced the U.S. would move faster in cutting its levels of pollution. China, which accounts for about 30 percent of global emissions, has agreed to cap its emissions in the future. That’s where Tom Borelli, senior fellow for FreedomWorks, sees a problem.

“Fossil fuels drive our economy, and anything [done] to reduce emissions of carbon dioxide is going to lead to higher energy prices and higher unemployment,” he points out to OneNewsNow. “China just has to cap its emissions in 2030 and we’re going to be cutting our emissions before then. So it’s clearly a bad deal.”

The agreement is meant to combat what Obama and others describe as “climate change” or “global warming,” but critics of things like cap-and-trade have argued for years that anything the United States does along those lines won’t matter if China doesn’t follow suit.

While China may have agreed to cap its emissions in 2030, Borelli notes that China is still going to have emissions in the 15-year interim. “And we’ll have to keep this in mind that the planet itself hasn’t increased its temperature, so to speak, in about 17 years,” he adds.

Borelli thinks Obama is really just playing the role of a sore loser after seeing Democrats trounced in the midterm elections and now he’s doubling down on climate change while threatening executive action on immigration.

“Clearly, the president just wants to do what he wants to do, regardless of what the American people want,” he states.

I had to read that one quote a few times to make sure I hadn't mis-read it. I can't believe the quote actually said:

Well, we've heard this worn-out song and dance for decades. We've gone from cars with raw exhaust pouring from their tailpipes to cars with catalytic converters. The average fuel economy per car has improved dramatically. Stricter air quality controls have led to far fewer emissions from factories, power plants and fleet vehicles.

Guess what? NONE of those actions led to ANY losses in jobs and as seen by the stock market and in particular the energy-related stocks profits have never been higher. In fact, just to drive the point home and make it very clear, spend a few minutes looking up what the largest most successful companies in the world happen to be. Of those energy companies are all close to the top of that list.

That quote and the assumption that curbing greenhouse gasses and improving air quality standards will lead to job cuts and higher prices is totally bogus. The primary reason is that even if the US, China, and the EU all enacted even stricter guidelines than what is already being proposed the fact remains that at this point less than 10% of the Chinese population owns cars and the projection for growth in car sales there is staggering. They will very soon eclipse the US not only in total cars but consumption of fuel as well. This means an almost inexhaustible demand for fossil fuels abroad.

But what WILL happen if we do not continue to improve emissions is that the air quality will in fact become worse. Anyone who has seen pictures of major Chinese cities sees orange skies and absolutely filthy pollution. Its not like that pollutions simply stays in China. It does in fact make its way across the ocean. So if there are those who are bleating about how emission controls will hurt the economy then they should go spend a few days in China on a particularly smoggy day and get back to us.

Lastly- I noticed the term "Global Warming" in quote-unquote. As if ( yuck yuck! ) it isn't real. Ok, so let's not call it that for a minute and let's talk about specifics. Has anyone every gone outside on a sunny day in a black T-shirt? Bet it gets hot doesn't it? Yup- its because darker colors absorbs light while lighter ones reflect it. Its a simple principle. If you put enough particulate matter in the air and it doesn't matter whether its dirt, dust, or emissions that in fact does collectively create the same effect for the atmosphere. That's science for you.