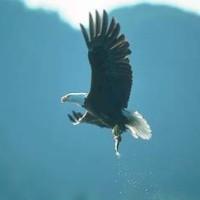 Despite the financial or environmental consequences, President Obama is determined to ram renewable energy down our throats.

And if the president’s plan includes killing eagles and upsetting environmental advocacy groups in the process, so be it.

It’s well documented that spinning wind turbines can cut down bats, birds and eagles. Killing these animals can result in penalties for breaking laws and the financial damages against the responsible companies could jeopardize the entire wind industry.

Recent reports indicate that language may be included in H.R. 636, America's Small Business Tax Relief Act of 2015, the vehicle for the Federal Aviation Administration (FAA) reauthorization bill in the Senate to provide tax breaks for renewable energy that are slated to expire. FreedomWorks opposes inclusion of this language in the FAA reauthorization bill.