As one of our millions of FreedomWorks members nationwide, I urge you to contact your representative and tell them to support H.R. 3826 in the House and contact your senators and tell them to support its companion bill, S. 1905, in the Senate. These companion bills will go a long way in curbing the Environmental Protection Agency’s (EPA) radical war on affordable and reliable energy from fossil fuels.

At present time, EPA is in the final stages of implementing a rule that would effectively eliminate electricity produced by coal from America’s future energy portfolio. Using questionable authority, EPA set arbitrary standards regarding acceptable emissions of greenhouse gases from power plants. The set standards are well below the emissions levels achieved by even the most advanced coal facilities and are an obvious backdoor attempt to effectively outlaw coal. This move by EPA is antithetical to the best interests of Americans concerned with energy security. Coal is the nation’s most abundant fossil fuel resource and one of its most affordable. Clearly EPA is more concerned with its own radical agenda than Americans trying to heat their homes and power their businesses.

The Electricity Security and Affordability Act works to curb EPA’s ability to implement such arbitrary and unrealistic standards.  First, the law requires that EPA, when setting emission standards for new power plants, sets standards that are actually achievable with existing technology and proven by real-world facilities.

In addition, the law protects existing electricity facilities by forcing EPA to answer to Congress. Under this legislation, when setting greenhouse gas emission rules that are applicable to extant facilities, EPA must justify their actions before Congress and conduct economic impact assessments. Further, no rule promulgated by EPA regarding greenhouse gas emissions from power plants shall take effect unless a specific effective date is passed by Congress and becomes federal law.

It’s time that Congress begins to reign in an EPA run amok. The war on affordable and reliable energy from abundant sources like coal must come to an end. The Electricity Security and Reliability Act is common sense reform and a good step towards this end. Thus, I urge you to contact your representative and senators today and urge them to support the Electricity Security and Reliability Act, H.R. 3826 and S. 1905. 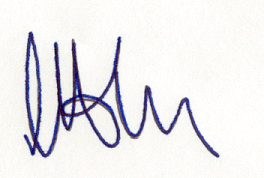