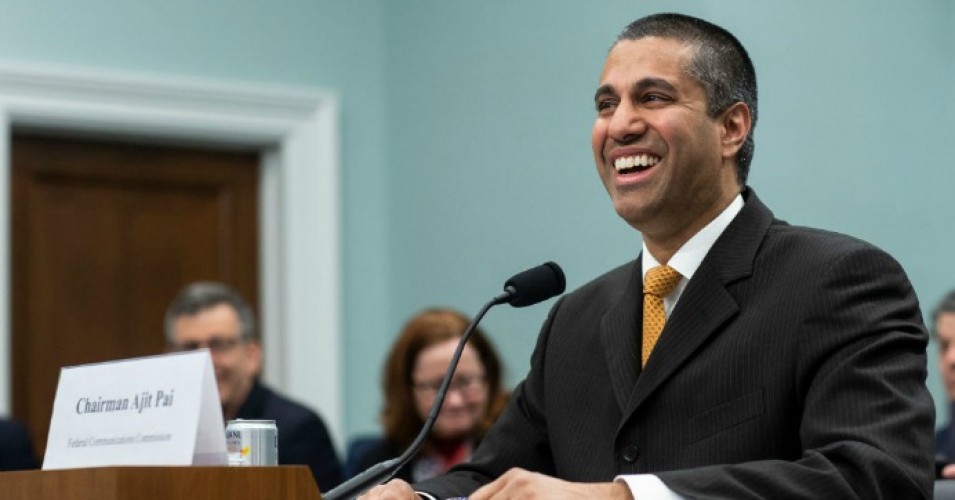 FreedomWorks is proud to announce that its inaugural Trump Appointee of the Week is the Chairman of the Federal Communications Commission (FCC), Ajit Pai. In 2011, Pai was nominated to be a commissioner on the panel by then-President Barack Obama. After his inauguration, President Trump elevated Pai to Chairman and re-nominated him for another five-year term on the Commission.

Perhaps the crown jewel in his time as Chairman is the Restoring Internet Freedom Order. This rule repealed the burdensome Title II regulations (more commonly known as “net neutrality”) put in place by the Obama administration. This repeal paved the way for greater internet speeds and increased broadband investment.

The results certainly didn’t disappoint. Internet speeds were up 40 percent year-over-year. More fiber was deployed than in any year on record in 2018. Investment in the Internet went up by $3 billion. Despite unhinged musings to the contrary, the Internet didn’t die. In fact, it is thriving in a way it hasn’t before. This is thanks to the light touch regulatory framework that worked for decades before Obama and is working again under the stewardship of Chairman Pai.

Chairman Pai also prioritized the liberation of broad swaths of spectrum to put America on the glidepath toward 5G technology and close the digital divide. Because of Chairman Pai’s leadership in this matter, the U.S. now finally matches the rest of the world in available licensed mid-band spectrum. There is very little more important in winning the race to 5G than this.

Part of draining the swamp means making the immense bureaucracy in Washington more accessible and accountable to the American people. Chairman Pai instituted the practice of releasing the text of orders two weeks before hearings. Whereas previously the public had to wait for the order to be published in the Federal Register, which could take weeks after the Commission had voted on it. This increases transparency and limits the influence of bureaucratic insiders.

Chairman Pai has also come in clutch for the American people during the pandemic. His Keep Americans Connected plan helped keep those who’d been laid off or otherwise unable to pay their bills during the pandemic online. His effort to establish an easy to reach national suicide hotline using the number 988 is useful for the many thousands suffering from depression and anxiety because of the lockdowns. It will also continue to assist many families in need long after this virus has passed.

Chairman Pai has rarely, if ever, missed on an opportunity to come through for the American people. He has taken on the D.C. swamp and delivered victories time and time again. Washington needs more public officials with his integrity and dedication. That is why we are proud to have named him our very first Trump Appointee of the Week.