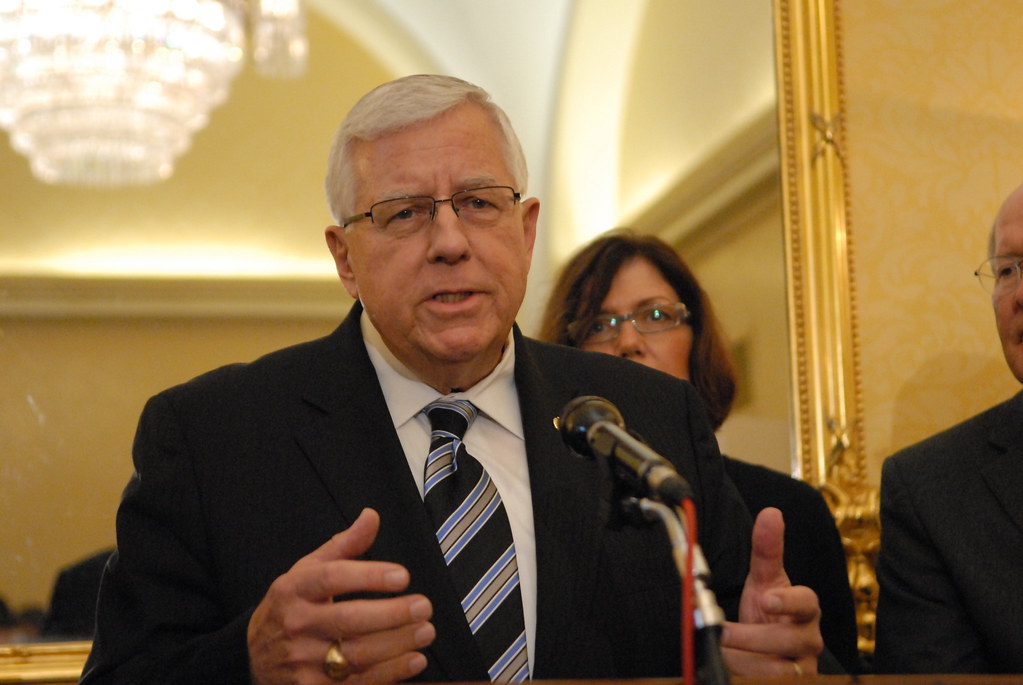 Budget process reform has been a frequent discussion in the halls of Congress, with members from both sides of the aisle realizing that something needs to be done to address this problem. In fact, even the disastrous Bipartisan Budget Act of 2018 created the Joint Select Committee on Budget and Appropriations Process Reform to explore ways to fix the broken process and make recommendations for consideration in the Senate. Unfortunately, the joint select committee wasn’t able to produce formal recommendations.

The problem with the budget and appropriations process has reached a point where it can’t be ignored any longer. In a forthcoming issue brief from FreedomWorks Foundation, Restoring the Balance of Powers: The Constitutional Role of the Legislative Branch, we note that Congress has passed budget resolutions only seven times between 2002 and 2016. Congress has passed all 12 appropriations bills on time — that is, by the end of the fiscal year on September 30 -- only four times since the Congressional Budget and Impoundment Act of 1974 went into effect. The most recently it accomplished this seemingly simple task was more than 20 years ago, in 1997.

In recent years, the budget and appropriations process has become controlled ever less by individual members, let alone the respective chambers’ budget committees, and ever more by congressional leadership from both parties. This centralization of power into the hands of leadership has frustrated members and led to multiple manufactured crises. As such, budgets that set topline discretionary spending for the year and massive appropriations bills are rammed through Congress outside of regular order. In the case of the latter, this often happens only days or hours before a government shutdown.

The Bipartisan Congressional Budget Reform Act would create a two-year, or biennial, budget cycle rather than the one-year budget cycle that Congress currently uses. Essentially, Congress would pass a budget by May 1 in an odd year that would cover the following two fiscal years. The appropriations process would still be conducted on an annual basis. Some conservatives have expressed reasonable concerns about a two-year budget cycle.

We, however, don’t share those concerns in this particular instance, as the Bipartisan Congressional Budget Reform Act includes other process reforms along with biennial budgeting that provide avenues to directly address budget deficits and debt. Among these are reforms to the Congressional Budget Office (CBO) and more significantly, a process to establish a target debt-to-gross domestic product (GDP) ratio over time.

The CBO would see increased transparency, accountability, and flow of information for which advocates of fiscal sanity have long desired. For example, it would have to include information on the effects legislation has on the interest on the national debt and would require CBO to report more regularly to Congress.

Most notably, though, the Bipartisan Congressional Budget Reform Act would drastically increase focus on fiscal responsibility by requiring the budget resolution to set targets for the debt-to-GDP ratio paired with automatic procedures for the Budget Committee to direct various committees to reduce the deficit through reconciliation should the target not be met.

This is especially important because it would set in motion a process to do something about deficits. It does not prescribe whether such reconciliation measures would take the form of spending cuts or tax increases to close the gap, instead of leaving this question to the Budget Committee to decide in any given year. This aspect of the bill has been criticized by some who have flawed Keynesian views of the economy, who argue that such measures would in effect prevent deficit spending in times of economic downturns.

However, if we have learned anything from the Obama years, it is that deficit spending does not stimulate the economy, and in fact, hurts it. Therefore, this is not a flaw, but a feature of the legislation. Hopefully, the inclination of the Budget Committee at such a point would be to cut federal spending, not raise taxes, because raising taxes inevitably would make an economic downturn worse. Additionally, the Budget Committee must itself choose to act to trigger the auto-reconciliation process, which of course is not a guarantee like a sequester would be.

Ultimately, our biggest concern with the Bipartisan Congressional Budget Reform Act is how it approaches the statutory debt limit. A provision in the bill would automatically conform the debt limit to the amounts in the budget resolution for any years a budget resolution is passed. Although this legislation does provide an avenue for votes on deficit reduction, we believe a separate and direct vote on the debt limit is a better approach. Put simply, Americans have a right to know who is voting for a debt limit increase, rather than the vote being hidden behind the passage of a budget resolution.

Overall, while the Bipartisan Congressional Budget Reform Act is not a silver bullet to fixing the congressional budget process and certainly not to addressing our nearly $23 trillion national debt, it is difficult to imagine a situation whereby reforms to the budget process could make the current situation any worse. Even if we disagree with certain elements of the bill, the members of the Senate Budget Committee, particularly Chairman Enzi, should be applauded for the seriousness with which they are working to genuinely fix something so horribly broken.

The Fight Has Just Begun: The Internet Sales Tax

On Tuesday, Governor Rick Perry issued his first veto of the year, vetoing HB 2403, an Internet sales tax bill which FreedomWorks opposed. By vetoing HB 2403 Governor Perry has saved taxpayers and business alike from burdensome regulations and new taxes. In vetoing the legislation Perry cited that a key reason for his veto was that there was no consensus between lawmakers, tech experts, consumers and retailers.

Tennessee lawmakers are pushing SB 0529, which would force Internet retail giant Amazon to collect state sales taxes that would be passed along to consumers. Amazon has threatened not to build planned distribution centers in Tennessee if the measures are put in place; they have already left Illinois, South Carolina and are threatening to leave Texas for similar legislation.

Senators Dick Durbin (D-Ill.) and Mike Enzi (R-Wyo.) are expected to introduce a bipartisan bill aimed at increasing your taxes by taxing purchases you make on the internet.  The bill’s name is deceitfully titled the Main Street Fairness Act of 2011 – it is neither main street nor fair. The bill seeks to hurt online retailers and consumers alike, and will suppress internet entrepreneurship and your wallet.