Congress Must Defend the Budget Caps This Fall 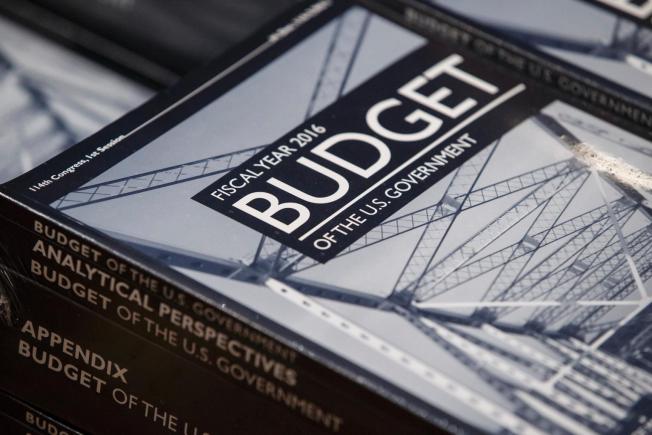 Members of Congress are all back home for their August recess, and all is quiet on Capitol Hill – for now. But don’t be fooled; this is merely the calm before the storm that is coming in September, when Congress returns and has to pass a bill to fund the government by October 1st.

With another year, another government funding battle, comes another threat by the Obama administration to shut down the government unless they get everything they want. And what they want, naturally, is more spending.

The problem is, the desire to increase spending isn’t a totally partisan issue. Plenty of Republicans would love to see the budget caps become history, feeling constrained by their inability to promise increases in spending in their districts (and on K Street). In spite of the promises made by nearly every GOP elected official to rein in the size and scope of the federal government, several of this year’s major bills have already showcased different techniques to try to bypass the spending caps.

We had H.R. 6, the “21st Century Cures Act”, which hid new spending by categorizing it as mandatory (thus avoiding the budget caps). Then, of course, there is the National Defense Authorization Act (NDAA), in which Republicans tucked $38 billion in base defense spending into “emergency” war funding (thus avoiding the budget caps). And finally, there is the classic approach of spending more money now with promises that a few tweaks to entitlements will pay for it later, as in this year's permanent "doc fix" bill.

When Congressional Republicans play shell games to hide their spending hikes from the budget caps, how can they have any credibility or moral authority to say no when their Democratic colleagues ask for more spending too? Instead, both parties need to bow to the reality that even the supposedly "draconian" sequester cuts have only slightly slowed down the increase in federal spending each year, while our national debt rises ever higher.

While the budget caps and their accompanying across-the-board sequestration cuts are an imperfect tool for fiscal restraint, they are the only limit to the growth of government that Congress has achieved under Obama's reign. The following chart by Steve Moore and Joel Griffith of the Heritage Foundation makes the impact of the budget caps clear: Note that these sharp decreases are in relation to a level of discretionary spending higher than any we've ever seen - we're still spending far more per year than we did before the massive bailouts and stimulus packages of 2008 and 2009. And note also that in spite of these reductions, our annual budget deficits are set to start increasing again next year, back to over a trillion in new debt per year a decade from now. Most of that increase is due to entitlement spending, but that doesn't mean that we can be excused in letting our guard down with regard to the spending that is not on autopilot.

As the deadline to fund the government draws nearer, you'll hear every conceivable excuse for why we simply have no choice but to give in to more spending. But there is absolutely no reason that Congressional Republicans should accept anything less than at least holding to the established budget caps.

The Next Speaker Must Do Something about Spending

With Paul Ryan still sitting squarely on the fence about whether or not he will run for Speaker of the House, the Republican leadership elections still remain largely up in the air. There has so far been a troubling inability of the conference to identify a suitable candidate who embodies the values that are important to an open congressional process, and who could garner enough support to actually win the election.

On Debt, the Ceiling Is Less Important Than What's Underneath

The ever-shifting horizon on when the federal government is scheduled to reach its borrowing limit has most recently been set at November 3rd, just days after John Boehner is scheduled to resign his office. What this means is that no new leadership will save us from yet another increase in the debt ceiling, although there will always be a principled few who will want to resist.

As one of over 6.9 million FreedomWorks activists nationwide, I urge you to call your representative and senators and demand that they refuse to vote for any Continuing Resolution or other government funding bill for Fiscal Year 2016 that spends above the levels set by the Budget Control Act (BCA) of 2011.