The White House has issued a veto threat for two House bills to repeal parts of the Affordable Care Act (Obamacare). In a dishonest statement, the administration claimed that a bill putting into law the administration's unilateral decision to delay the employer mandate was "unnecessary", and that delay of the individual mandate would cause people to lose their insurance. 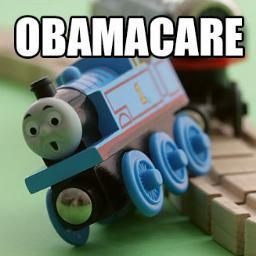 A group of 20 conservative organizations and individuals, including FreedomWorks' Dean Clancy, signed a letter in support of these two measures. According to the rule taken up for the bills, they will be sent to the Senate as a single bill.

HR 2667 is in response to the administration's illegal unilateral change to the law, and the veto threat is therefor inexplicable on policy grounds.

The accompanying statement is just full of deceptive parsing and straw men. (Emphasis added throughout).

The Administration strongly opposes House passage of H.R. 2667 and H.R. 2668 because the bills, taken together, would cost millions of hard-working middle class families the security of affordable health coverage and care they deserve.

HR 2668, delay of the individual mandate, would not cost anyone affordable anything. It would merely not require them to buy it. If they want it, they can still get it, still subsidized if they qualify (and for that, they're on the honor system). The administration is admitting that the product it is pushing this summer is not only unaffordable, but that people will not purchase it even if it's subsidized -- unless they are forced by federal law to do so.
The SAP equates these two bills with full repeal of the ACA, using the preferred Obama tactic: railing against the straw man.  Let's just skip all of that, and touch briefly on the heart of the matter:

I know the phrase "doubling down" is something of a cliche, but the administration has gambled that its unlawful conduct would not be challenged, and here throws its position directly in Congress' face. To this administration, Congress is not necessary.

and H.R. 2668 would raise health insurance premiums and increase the number of uninsured Americans.

Actually, Obamacare as a whole is already raising premiums, and will continue to do so. Mandates and subsidies both increase prices, as suppliers know they can charge more to a captive customer base that's being subsidized.As William W. Pascoe, co-founder of the Repeal Coalition put it,

If every employee who now receives coverage from his employer continues to receive that coverage, there will be no increase in the number of uninsured Americans. The number of uninsured Americans will stay the same, or possibly decrease as individuals make their own decision to purchase coverage. [...]Has the Administration now acknowledged that the Affordable Care Act is causing employees to lose coverage they currently have?

Back to the administration's deceitful SAP and the punchline:

President Obama has decided that his big business cronies deserve a break, which he illegally gave them. Now he has declared that the rest of us don't get the same treatment. We can take some small comfort in the knowledge that even these disgraceful steps will not be enough to salvage this unworkable and unaffordable law.-----------Update: 19:39 7/17/2013The House having passed both HR 2667 and 2668 in bipartisan fashion, Senate Republicans called for a vote on the bills:

“The president has now acknowledged that a significant component of his health care law is broken and has delayed enforcement of ObamaCare’s employer mandate. We applaud the House of Representatives’ action tonight to ensure that all Americans are protected from ObamaCare’s costly mandates and we call on the Majority Leader to bring this legislation to the Senate floor for a vote. If Senate Democrats agree with the president that employers should be protected from ObamaCare’s costly mandate, do they also believe that the rest of America should have that same protection? Rather than a delay for some, we need permanent delay for all Americans.”