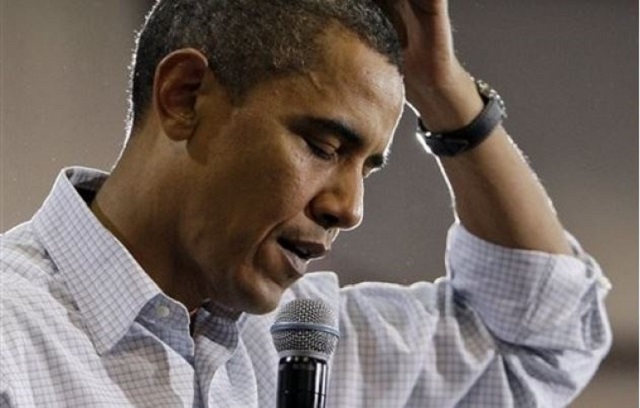 Earlier this week, President Obama released a budget plan that has to have most Americans wondering if they've found themselves in the middle of a Bill Murray Groundhog Day scenario. The budget offers little in the way of new ideas, simply a repeat of the President's failed policies of the past.

Here are the crib notes for the proposal - Tax, spend, rinse, repeat.

Obama's budget - a $3.9 trillion monstrosity that will increase spending by 63 percent and add $8.3 trillion to the debt over the next 10 years - seeks more than $600 billion in new spending designed. The plan calls for only minor spending cuts to narrow targets and a hike in taxes on the rich.

In fact, the President is calling for nearly $2 trillion in new taxes to ease borrowing over the next decade, taxes that The Washington Post explained would be a burden to major businesses and the wealthy.

Additionally, there is little that the President's budget offers by way of compromise with Republicans. Time called it "a partisan opus" and "a laundry-list of policy proposals designed to help Democrats hold the Senate and pick up seats in the House."

The President, who has mastered the art of vague yet unachievable promises during his term, proclaims his budget will provide 'opportunity for all,' and seeks to end homelessness. His debt projections are overly-optimistic, colliding with that of the non-partisan Congressional Budget Office (CBO).

When the President does try to address specifics, his ideas are partisan and fall flat. Gun control, immigration reform, the aforementioned lack of spending cuts, or a plan to reign in benefit increases for Social Security for example.

... unlike last year, when Obama was seeking a fiscal bargain with Republicans and used the budget as an olive branch, this year’s proposal contains no major compromises. Gone is the request for chained CPI, an offer to reduce the the benefit increases for Social Security and other federal social programs.

The New York Times explains that it was his fellow Democrats that sought the elimination of the chained CPI because the party is "fearful that compromises on Social Security would further demoralize the liberal base when the party needs high turnout to withstand big losses in November."

The President's budget is more about winning elections than actually governing while in office. The real world is hard.

That reality it seems, has escaped this particular budget plan. Even the normally friendly liberal media has been unable to take it seriously. Here is a sampling of media reviews:

“The White House isn’t even pretending that this year’s budget is a governing document.”

"Very little of it is expected to ... be seriously considered."

"Stands little or no chance of being approved."

In retrospect, perhaps the prospect of having "little chance of being approved" makes the President hopeful. After all, little chance is far greater than past results.

Matt Kibbe explains, "President Obama’s budgets got zero votes in 2011 and 2012. Not zero Republican votes, zero votes, period. With progressive pipe dreams like his latest budget proposal, it’s not difficult to see why."

Until Congress votes this time around, the American people are left to wallow in the President's progressive pipe dreams.

He is a broken record, stuck on tax, spend, repeat.

Another Obama budget, another excuse to bankrupt our nation. Sign the petition and tell Obama his budget is a joke.