Tell Your Members of Congress: Support the Transportation Empowerment Act 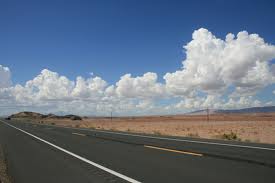 As one of our over 6 million FreedomWorks members nationwide, I urge you to contact your representative and senators and ask them to support the Transportation Empowerment Act (H.R. 3486 and S. 1702) and to co-sponsor the bill if they have not already done so. Sponsored by Rep. Tom Graves (R-GA) and Sen. Mike Lee (R-UT), this act would put the money and decision-making for transportation projects back in the hands of the states.

Currently, the federal government is in the business of maintaining thousands of miles of highways, funded via a federal gas tax of 18.4 cents per gallon which is deposited into a Highway Trust Fund. This centrally controlled process is inefficient and cumbersome, wasting large quantities of taxpayers’ money on bureaucratic middlemen and wasteful projects instead of actually keeping the highways in top shape.

In addition, the gas tax is an increasingly ineffective funding source, as more efficient vehicles combined with higher fuel prices have continually reduced the revenue flowing into the Highway Trust Fund.

The solution to these problems is simple – let states choose how best to fund and implement transportation projects. The Transportation Empowerment Act accomplishes this result by phasing out the Highway Trust Fund and the federal gas tax over five years, and returning that money to the states in the forms of a block grant.

Taking out the federal middlemen and cutting most of the federal strings will give states the ability to tackle highway maintenance more quickly and efficiently. If states take advantage of their newfound flexibility, the result will be better roads for everybody.

With the Highway Trust Fund fast running out of cash, the time is now to advance a fiscally conservative solution that places power back into the hands of the states. Thus, I hope you will contact your Members of Congress and ask them to support the Transportation Empowerment Act and to co-sponsor the bill if they have not already done so.

On behalf of our over 6.9 million activists nationwide, I urge you to call your representative and ask him or her to vote YES on the King/Duncan/Foxx/Amash/Franks Amendment #1 to the DRIVE Act, H.R. 22. This Amendment would save taxpayers a great deal of money on the projects funded by the highway bill by preventing the Davis-Bacon Act’s onerous wage requirements from applying to those projects.

As one of our over 6.9 million FreedomWorks members nationwide, I urge you to contact your representative and urge him or her to vote YES on the McClintock amendment to H.R. 749. This amendment would fully eliminate federal subsidies for Amtrak.

As one of our over 6.5 million FreedomWorks activists nationwide, I urge you to contact your senators and ask them to vote YES on the Lee Amendment to H.R. 5021, the bill to bail out the Federal Highway Trust Fund. Senator Lee’s amendment would prevent future bailouts of the poorly managed Highway Trust Fund by gradually returning that money and authority to the states.

As one of our over 6.5 million FreedomWorks activists nationwide, I urge you to contact your representative and ask him or her to vote NO on the Highway and Transportation Funding Act of 2014, H.R. 5021, which would dump an additional $10.8 billion of funding into the broken Highway Trust Fund (HTF) without addressing the structural problems therein.