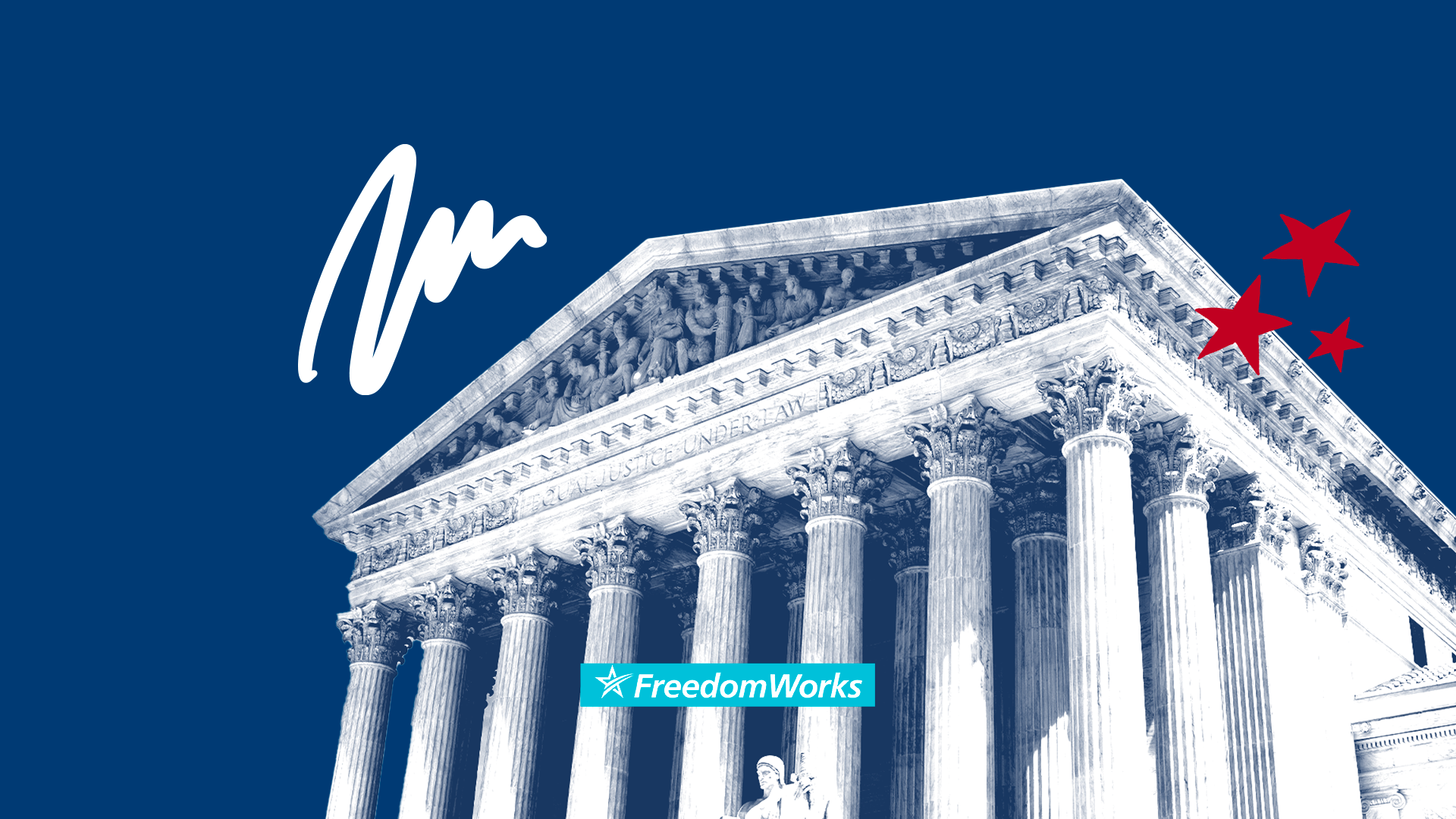 Throughout the 2020 Democratic presidential primaries, many candidates pledged to increase the number of justices on the Supreme Court (Court). These candidates endorsed the idea only because they disagreed with the political implications of the Court’s recent decisions. Proposals to increase the size of the Court so it reaches different results is a practice more commonly known as court-packing.

One candidate who refused to endorse court-packing was Joe Biden. Instead, after Justice Ruth Bader Ginsburg died, Biden promised to create a Supreme Court Commission (Commission) made up of legal scholars that would study different proposals. Biden said this was needed because the Court was “getting out of whack.” In April 2021, President Biden signed an executive order creating the Commission.

In December 2021, Biden’s Commission released its final report. Miraculously, after assembling a team of mostly left-wing lawyers who are ardently opposed to the make-up and decisions of the Court, the Commission failed to endorse court-packing. Instead, the Commission stated, “there is profound disagreement among Commissioners over whether adding Justices to the Supreme Court at this moment in time would be wise.” (Pages 83 through 84).

In its report, the Commission outlined arguments for and against court-packing. Some of the arguments in favor included Senate Republicans’ refusal to hold a hearing or vote on then-Judge Merrick Garland when President Obama nominated him to replace Justice Scalia, the Senate’s confirmation of three justices appointed by President Trump during his term, and Senate Republicans’ quick confirmation of Amy Coney Barrett after the death of Justice Ginsburg. The argument goes that this series of catastrophic norm violations has resulted in a “conservative super-majority” that will take the law in a dangerous direction.

As to the anger that President Trump confirmed three justices during his term, it is important to note the previous four presidents have all had two vacancies to fill, but all of those vacancies came in a single term. The only exception was Justice Scalia’s vacancy, which President Obama did not fill during his second term. The anger against President Trump boils down to his win in 2016 where he won voters that rated Court appointments “important” 49% to 47% and won voters that rated Court appointments “the most important factor” 56% to 41%.

After winning in 2016 due in large part to the election being tied to fulfilling Justice Scalia’s vacancy, President Trump was entitled to fill that seat. Moreover, Justice Kennedy’s retirement in 2018 was entirely foreseeable as he had served on the Court for 30 years and was 82 years old. Finally, while the death of Justice Ginsburg was tragic, Democrats tried for years to get her to retire. Time and time again she refused. It cannot be the fault of President Trump and Senate Republicans that Justice Ginsburg did not retire when she had the chance. And once that seat became vacant, President Trump and Senate Republicans filled it just like Democrats would have done.

With respect to arguments against court-packing, the Commission’s three main arguments were that it posed a threat to judicial independence, it would destroy the court’s legitimacy, and it would destroy our democracy. These arguments line up exactly with why Justice Breyer and Justice Ginsburg also opposed court-packing. Once new justices are confirmed to the Court, they would have been confirmed with the goal in mind of overturning decisions that the previous Court had reached. In other words, instead of being able to objectively weigh legal arguments, the new justices would feel bound to reach predetermined outcomes. Moreover, once the Court is expanded, every time the other party has control of both the presidency and the senate, it would be expanded again. This cycle would never end, and it would destroy the Court’s legitimacy as a neutral arbiter of the law. The rule of law in the United States would be over.

Unfortunately, even though the Commission chose not to endorse court-packing, more and more elected Democrats seem to. In April 2021, House Judiciary Chairman Jerry Nadler introduced the Judiciary Act of 2021 that would immediately expand the size of the Court from nine to thirteen. In the House, the bill has forty-five co-sponsors, while in the Senate it has two.

While only three senators supporting a court-packing bill does not seem like much, there is one episode regarding five different democratic senators that was truly unprecedented. In New York State Rifle & Pistol Association, Inc., v. City of New York (2020), Senator Whitehouse filed an amicus brief that was joined by Senators Hirono, Blumenthal, Durbin, and Gillibrand. On page 18 of the brief, they wrote, “[t]he Supreme Court is not well. And the people know it. Perhaps the Court can heal itself before the public demands it be ‘restructured in order to reduce the influence of politics.’” In explicit terms, these senators told the Court that if it did not reach the result they wanted, they would support court-packing.

Although Senate Majority Leader Schumer is missing from the court-packing legislation and the amicus brief, in March 2020 he had his own episode where he threatened the Court directly from its front steps. Before oral argument in June Medical Services v. Russo (2020), Senator Schumer yelled from the front steps, “I want to tell you, Gorsuch. I want to tell you, Kavanaugh. You have released the whirlwind and you will pay the price! You won’t know what hit you if you go forward with these awful decisions.” Schumer’s threat to pack the court was so obvious that it resulted in a public rebuke from Chief Justice John Roberts.

Today, FreedomWorks Foundation filed a formal comment with the Department of Labor's Employee Benefits Security Administration (EBSA) opposing the Biden Administration's proposal to allow consideration of so-called "Environmental, Social, and Governance" (ESG) factors in choosing how to invest employees' pension and retirement funds. The comment argues that allowing ESG considerations in making investment decisions is both unwise, as ESG investments tend to offer lower returns and charge higher fees; and directly contrary to the Employee Retirement Income Security Act (ERISA), which requires investment managers (fiduciaries) of these employee funds to choose investments based solely on financial considerations. The full text of the comment is attached and can be accessed here.

Today, FreedomWorks Foundation filed a formal comment with the Department of Labor's Occupational Safety and Health Administration (OSHA) opposing the Biden Administration's proposal to make permanent the mandate for COVID-19 vaccinations and testing. The comment argues that this mandate is unwise, unnecessary, and will further inflame opposition to the COVID vaccines among the vaccine-resistant public. Businesses are perfectly capable of determining what works for their employees. A number of businesses already require vaccination or regular testing; and some businesses, particularly in rural areas, may not be able to fill positions if potential employees face mandatory vaccination or regular testing. Instead of getting people back to work and growing the economy, people will sit idle--ultimately at the expense of beleaguered taxpayers. The full text of the comment is attached and can be accessed here.

FreedomWorks Statement in Response to SCOTUS Ruling Regarding Forfeiture