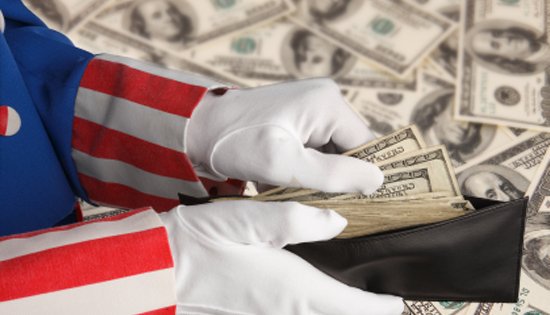 The federal government, in the first ten months of the fiscal year, received in $2.678 trillion in revenue and spent $3.193 trillion. Individual income taxes and payroll taxes represent 78 percent of all federal receipts. Individual income tax receipts are actually down marginally, less than 1 percent, from FY 2015. Corporate income taxes receipts, nearly 9 percent of all federal revenues, are down by 13.6 percent from the previous fiscal year.

The report reveals spending increased for several aspects of the budget in the first ten months of the fiscal year, such as outlays for Social Security, which increased by 3 percent, and interest on the national debt, which jumped by 11 percent. Spending for Medicare and Medicaid increased by 4 percent each. The CBO notes, however, that outlays in some areas dropped, including spending on student loans, which declined by 14 percent.

The river of red ink flowing from Washington should be a cause for concern for fiscal conservatives and libertarians. The budget deficit is expected to continue its upward trend. By FY 2022, it is expected to exceed $1 trillion and increase annually through FY 2026, when it is projected to reach $1.343 trillion. Some may dismiss this by noting that the deficit relative to the size of the economy, or gross domestic product (GDP), is the key indicator. As the chart below shows, the annual budget deficits may be off from historical highs between FY 2009 and FY 2012, but it is steadily growing. 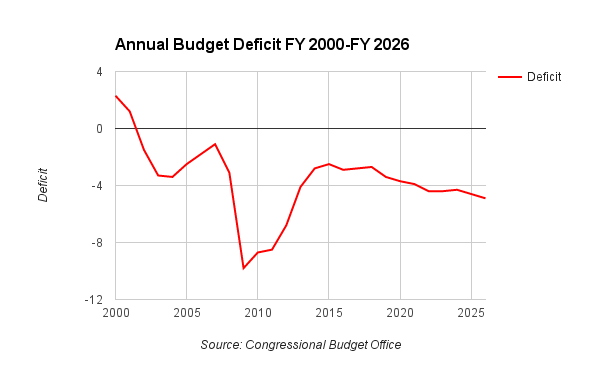 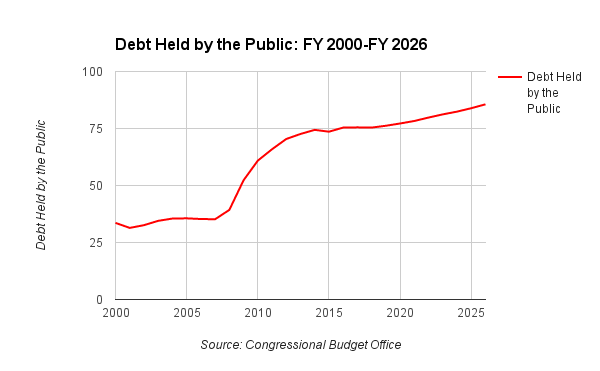 There will be many, particularly so-called "progressives," who say that Congress should simply raise taxes to deal with budget deficits and the national debt. This is a fool's errand. The United States does not have a revenue problem. Tax revenues as a percentage of GDP, after all, have increased in recent years. In reality, Congress has an addiction to spending and, like any addict, most members are in denial of the problem. 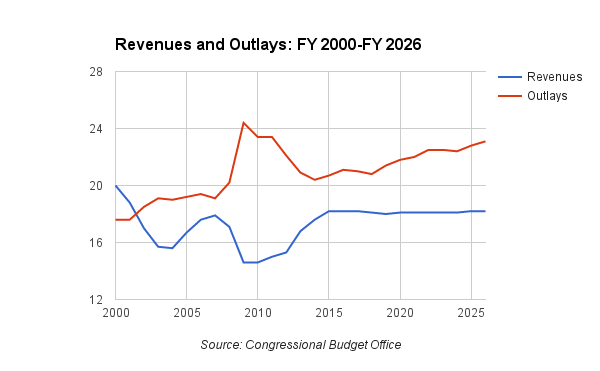 The fiscal picture grows even more ominous the further down the road. Projected budget deficits and debt are driven by entitlement spending -- Social Security and Medicare -- and interest on the national debt. While no one can be certain what policy changes will occur in the next 30 years or what other unseen factors, such as economic downturns, may come into play, long-term CBO projections show that spending, absent entitlement reform, far outpace revenues, and the public's share of the national debt will exceed 100 percent of the economy by 2032. By 2046, it will be 141 percent of GDP. This level of debt is simply unsustainable, and Congress has to get serious about it now. Kicking the can down the road is not an option.