Congress Should Refuse the Obamacare Bribe

President Obama is bribing Congress to get them to roll over when it comes to health care reform and the budget.  Congress should refuse this illegal bribe, intended to blunt opposition to the unpopular, unworkable, Unaffordable Care Act. Congress should burn its Obamacare Card.

President Obama, acting through the Office of Personnel Management, has extended a benefit to Congress that no one else gets: employer-sponsored coverage under Obamacare's exchanges for members of Congress and their staffs.

Some members of Congress who profess with their mouths a desire to repeal the law may be tempted by the federal subsidy to keep it in place, so they and their staffs can have about 75% of their health insurance premiums paid.

However, the law was specifically designed to put Congress on the same exchange-based insurance as the people they represent, and sponsorship of the type they have now been given was actively removed from the language.

Every member of the House and two-thirds of the Senate were elected and they hired, or rehired staff after this provision went into place.  And after three years, all of them have had ample time to find employment with health insurance unaffected by Obamacare. 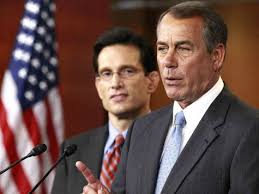 But that, of course, is not really possible. Every employer, every employee, every job in America is affected in some way by this monstrosity of a law.

And that is just the point. Whether they agree or disagree with the Act, members of Congress should lead by showing that they will endure the same hardship as the citizenry. Otherwise, they should vote to repeal it.

The claim that a "brain drain" would take place as staff move out of Congressional service is irrelevant and insulting. Congressional staff are not so much more valuable than the rest of us that their replacement would damage the welfare of the country.

It's entitled cronyism for Congress and their staffs to get better treatment under the law than the people who elected them.

Will any member of Congress step up to lead and refuse to be bought off?