Cronyism: Kay Hagan's husband benefited from the stimulus bill she voted for 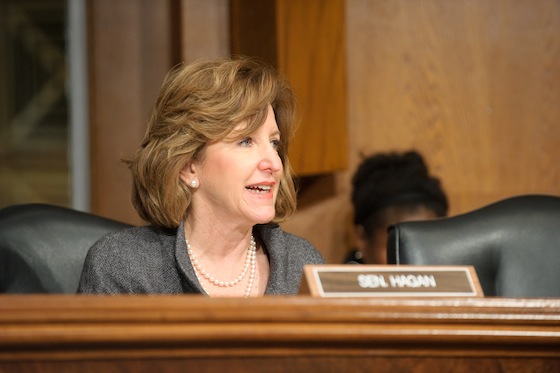 The only North Carolina family Kay Hagan seems to be looking out for is her own.

Sen. Kay Hagan (D-NC) had been in office for less than two months when she, in February 2009, cast the deciding vote for President Obama's wasteful $830 billion stimulus bill. After the passage of the measure, the North Carolina Democrat blasted out a press release to spin her vote stating that "this legislation delivers on our simple promise to change the way things work in Washington -- for working families and not for special interests."

Yeah, not so much. The 2009 stimulus bill was, as Tim Carney called it, a "special-interest feeding frenzy." Among the industries that benefited from this particular brand of generational theft were green energy companies, which raked in $51 billion in stimulus funds, according to the Brookings Institute.

Turns out that Hagan's husband, Chip, is among the green energy cronies who received money from the stimulus bill, using taxpayer dollars received by a company he partly owns to install solar panels at a building he also owns:

Sen. Kay Hagan’s husband and son created a solar energy contracting company in August 2010, and then, using $250,644 in federal stimulus grant funds, her husband hired that same company to install solar panels at a building he owns.

A story in late September on the Washington, D.C.-based website Politico revealed that JDC Manufacturing received “nearly $390,000 in federal grants for energy projects and tax credits created by the 2009 stimulus law, according to public records and information provided by the company.”

That's not "chang[ing] the way things work in Washington." Hagan has, with her vote for the stimulus bill as well as a long list of other legislative measures, continued the status quo on Capitol Hill, in which the politically connected feed off of taxpayers for their own benefit.