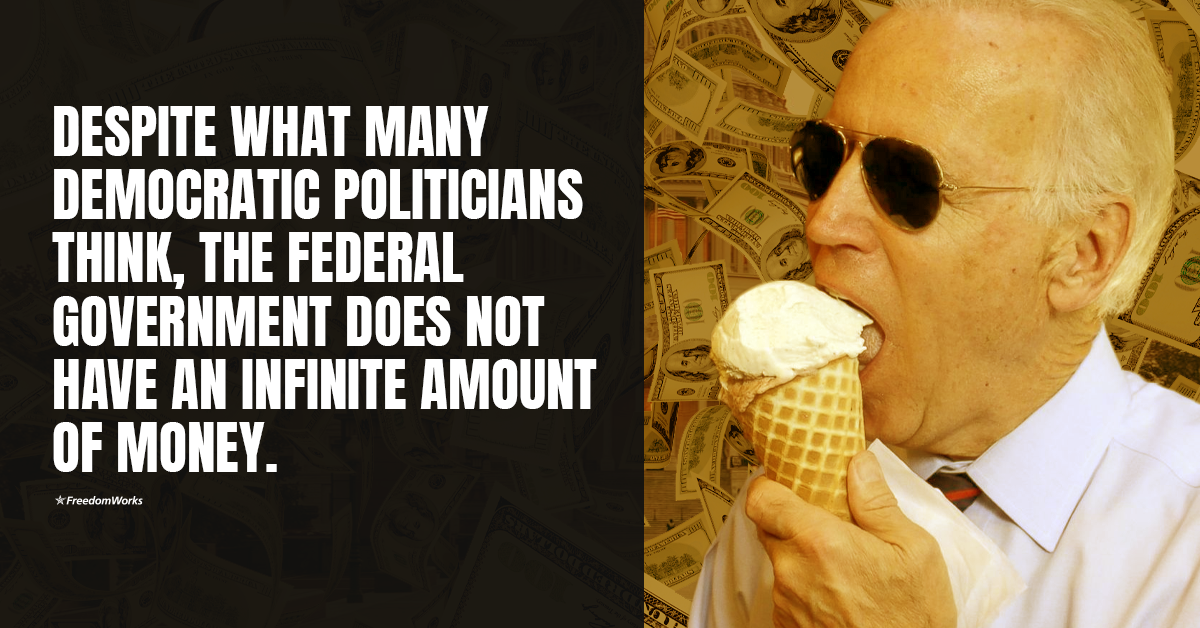 However, this partisan $3.5 trillion budget proposal is not a stand-alone proposal; it will advance alongside a bipartisan infrastructure package expected to total around $1.2 trillion.

If passed, the $3.5 trillion budget would mark the largest budget in the history of the United States.

Among the broad goals of addressing climate change and expanding Medicare, the budget also includes the creation of a civilian climate corps -- based on Roosevelt’s Civilian Conservation Corps -- with the goal of creating jobs surrounding climate change and conservation. The bill also outlines federally funded child care, home care, and housing investments, as well as an attempt to have a path to citizenship for most undocumented immigrants. Further, the legislation includes two years of free community college and universal prekindergarten for children ages 3 or 4.

Democrats also vaguely outlined investments into renewable energy and the transformation of the US economy from natural gas, oil, and coal to wind and solar power. Among these investments is a clean energy standard that mandates renewable energy or electricity as well as further tax incentives for electric vehicles. These policies would ravage the fossil fuels industry and, if implemented, are likely to cause severe power shortages in the near future.

In order to fund this mammoth budget proposal, massive tax increases are expected on various different parts of the American economy such as higher capital gains rates for wealthier individuals, higher taxes on inheritance, and the further fortification of the IRS in order to have a more efficient and stronger enforcement of both pre-existing tax laws as well as proposed changes.

While the Democrats claim to be able to pay for lavish spending by “soaking the rich” in new taxes, history shows that such increases never produce enough revenue. As a result, Democrats will be forced to raise taxes on the middle class in short order, or borrow ever larger sums from foreign governments.

How can the budget be passed?

Is there a way to prevent budget reconciliation?

Is the budget expected to pass?

Despite what many Democratic politicians think, the Federal government does not have an infinite amount of money. Federal spending of $3.5 trillion, along with another estimated $1.2 trillion, is an exorbitant and almost unfathomable amount of money that must come from somewhere, and that “somewhere” is from American taxpayers.

The current inflation spike that’s driving up costs for everyday Americans is a direct result of such reckless spending.

While no doubt some aspects of the budget are positive for the American people, these pale in comparison to the negatives. The increase in taxation, the stifling of the American economy with the government-mandated transition from traditional to renewable sources of energy, and numerous provisions in the bill that do not even come close to resembling infrastructure by any definition of the word represent the further implementation of the Democratic party’s agenda.

The Democratic party can only hide behind the shield of “infrastructure” and “moderateness” for so long until the American people wake up and see behind the poorly-created facade they have made. Whether it be President Biden’s false promises of “building back better” with a projected $7 trillion plan, a budget blueprint of $3.5 trillion, a supposed bipartisan $1.2 trillion plan, and numerous other trillions in spending, the Biden administration seeks to balloon the already overinflated Federal government. Make no mistake, American taxpayers will face exorbitant increases in taxation in order to fund his party’s agenda.