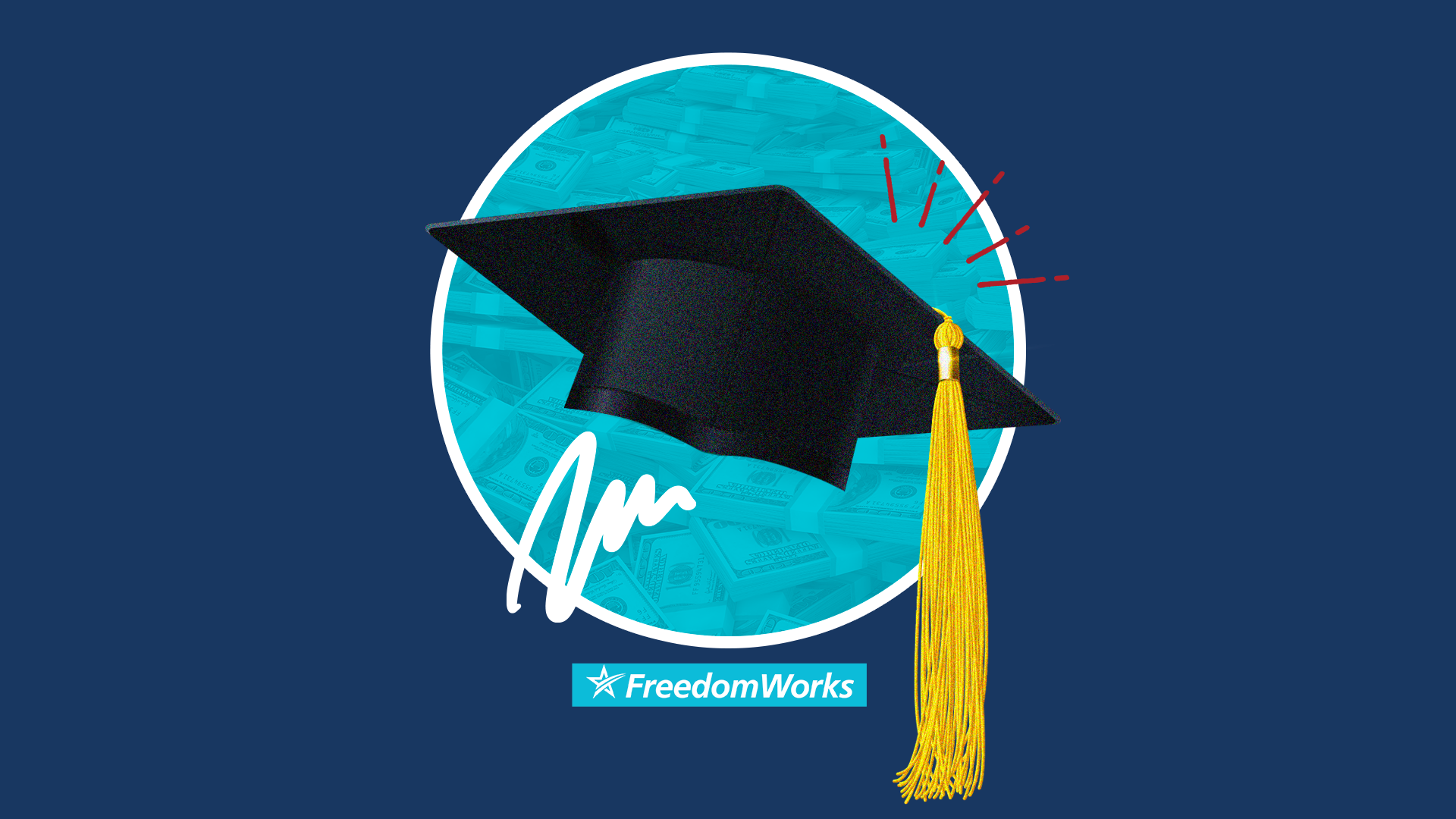 “There’s no such thing as a free lunch.”

According to President Biden, Senator Bernie Sanders (I-VT), and many other powerful, left-wing progressives, anything is “free” if the government pays for it–specifically, “free” college and student loan forgiveness. They believe that using government force to take from some people to give to others is the solution to every issue. We can get out of any bind with help from Big Brother.

Tuition-free college became especially popular in the 2016 presidential election. In Bernie Sanders’ presidential campaign, he prioritized “free” college for everyone. In President Biden’s 2020 campaign, he ran on a plan to forgive student loan debt, and make college “free.” Biden’s plan would cost a minimum of $750 billion. The huge cost of this plan would be put onto the backs of American taxpayers. The lie here is that college could ever be “free.”

The Department of Education recently announced that it was canceling the student loan debt of more than 40,000 students under the Public Service Loan Forgiveness (PSLF) program. Further, it gave at least three years of credit toward income-driven repayment (IDR) forgiveness for at least 3.6 million borrowers.

Beyond canceling already-existing student loan debt, however, Democratic Members of Congress are actively trying to make college “free” with the College For All Act of 2021 (H.R. 2730) sponsored by Representative Pramila Jayapal (D-WA). This bill does away with tuition and fees for nearly every college student. Where would this magic money come from? You and me–the taxpayers. Tuition-free college ignores warnings from many reasonable economists.

Biden, Jayapal, and others, can afford to virtue signal to like-minded, out-of-touch elites on the supposed virtues of a socialist system, including the “free” college idea and loan forgiveness–all while benefiting from America’s great capitalist system. However, “free” college and even student loan forgiveness are unworkable policies that will bankrupt Americans and their children.

⚠️ There’s no such thing as free lunch
⚠️ A degree will be devalued
⚠️ Gov't got us into this mess
⚠️ Gov't enslaves those who receive gov't money#StudentDebt #ampFW https://t.co/4zaYKApZnd

“Free” college and student loan debt forgiveness are dangerous and troubling to the average American taxpayer. Whether tuition or taxes are rising, these policies make it more difficult and expensive to live comfortably in America. Tuition-free college is the gateway to other “free” issues. Let’s not forget, if the government pays for it, the government ultimately decides what you get. What else will the government want to control? The car you drive, the home you buy? Will the government choose what we get to major in? Or what type of degree we get?

Government overreach leads to economic failure every time. The Leftist Democrats might think making college “free” or forgiving student debt will help the economy; but in reality it will balloon the deficit, accelerating inflation and making the necessities of daily life out of reach for more Americans.