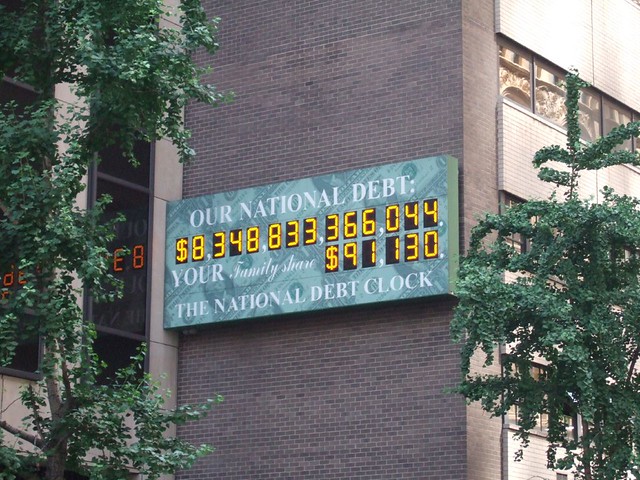 This resolution is supported by a strong cohort of tough fiscal conservatives and House Freedom Caucus members. Among the co-sponsors signed on to the legislation are Reps. Paul Gosar (R-Ariz.), Jody Hice (R-Ga.), Ken Buck (R-Colo.), and Jeff Duncan (R-S.C.). It is also bipartisan, having earned the support of Rep. Abigail Spanberger (D-Va.).

In early February of 2019, the United States hit an important milestone. The public debt for the United States federal government exceeded $22 trillion, marking the highest it had ever been in American history. Since then, we have added another $1 trillion to that already record-breaking number.

This momentous occasion went by rather quietly. Much to the chagrin of fiscal conservative organizations, there were no major demonstrations. A few members spoke of the dangerous precedent that had been set from the floor, but they spoke to an empty House. The usual pundits went on television to rail against fiscal irresponsibility, but by Valentine’s Day, it seemed as if everyone had forgotten the events of the previous days.

Now, nearly a year later, practically no major action has been taken as the debt continues to creep higher. As Rep. Roy has repeatedly stated, “Today our children inherit 100 million dollars of debt an hour, borrowed in the false name of what government can provide.” A former Maine state senator, Eric Brakey, put it another way when he recently tweeted a response to Rep. Alexandria Ocasio-Cortez (D-N.Y.); “The truth: we don’t have money for any of it…$23 trillion in debt. $127 trillion in unfunded liabilities. That’s a bill over $1.2 million for every American taxpayer.”

This is a problem that everyone seems to recognize, but only a few seem willing to address. In January of 2019, the Congressional Budget Office said that the federal debt held by the public would exceed $28.5 trillion by 2029 with no indication of receding. This is clearly unsustainable. As any financial institution could tell you, no business can sustain itself operating so heavily on credit. So, why do so many in Congress seem to think that a government can ignore basic economics?

Although the Know Debt Resolution would not directly result in any decrease of the debt or deficit, it nevertheless presents a significant step forward towards making known the need to address a budget run rampant. By placing a debt clock in the hearing rooms of the committees that exert the most control over the budget, Rep. Roy is forcing those committee members to stare down the barrel at America’s eventual decline. Hopefully, the Know Debt Resolution will make members of Congress consider the implications of their budgetary decisions.

We appreciate the hard work of Rep. Chip Roy -- a consistent defender of fiscal conservatism -- and hope that other House members will finally stand up for fiscal responsibility and support our bill of the month for January 2020, the Know Debt Resolution, H.Res. 686.